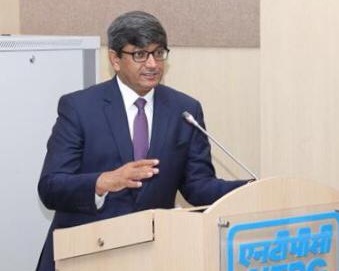 NTPC registers 62% growth in coal production from its captive mines

NTPC Ltd, India’s largest integrated energy producer, continues to demonstrate excellence in operations with an increasing trend in coal production from its captive mines. NTPC has produced 7.36 MMT of coal production as per data available on 31st August 2022 registering a robust growth of 62% compared to 4.55 MMT achieved during the same period last year.

With meticulous planning, resource mobilization, and regular monitoring, NTPC has achieved substantial growth even during the monsoon period, so far, and is hopeful of sustaining the growth that will help in ensuring uninterrupted, reliable and affordable power generation.

Further, NTPC has dispatched 7.52 MMT of coal from its captive mines as compared to 5.47 MMT of coal dispatched during the same period last year, registering a growth of 37%.

NTPC has taken various steps to augment the coal production from its coal mines. The engagement of high-capacity dumpers as well as an increase in the existing fleet size of excavators has allowed the operational mines to increase their production.