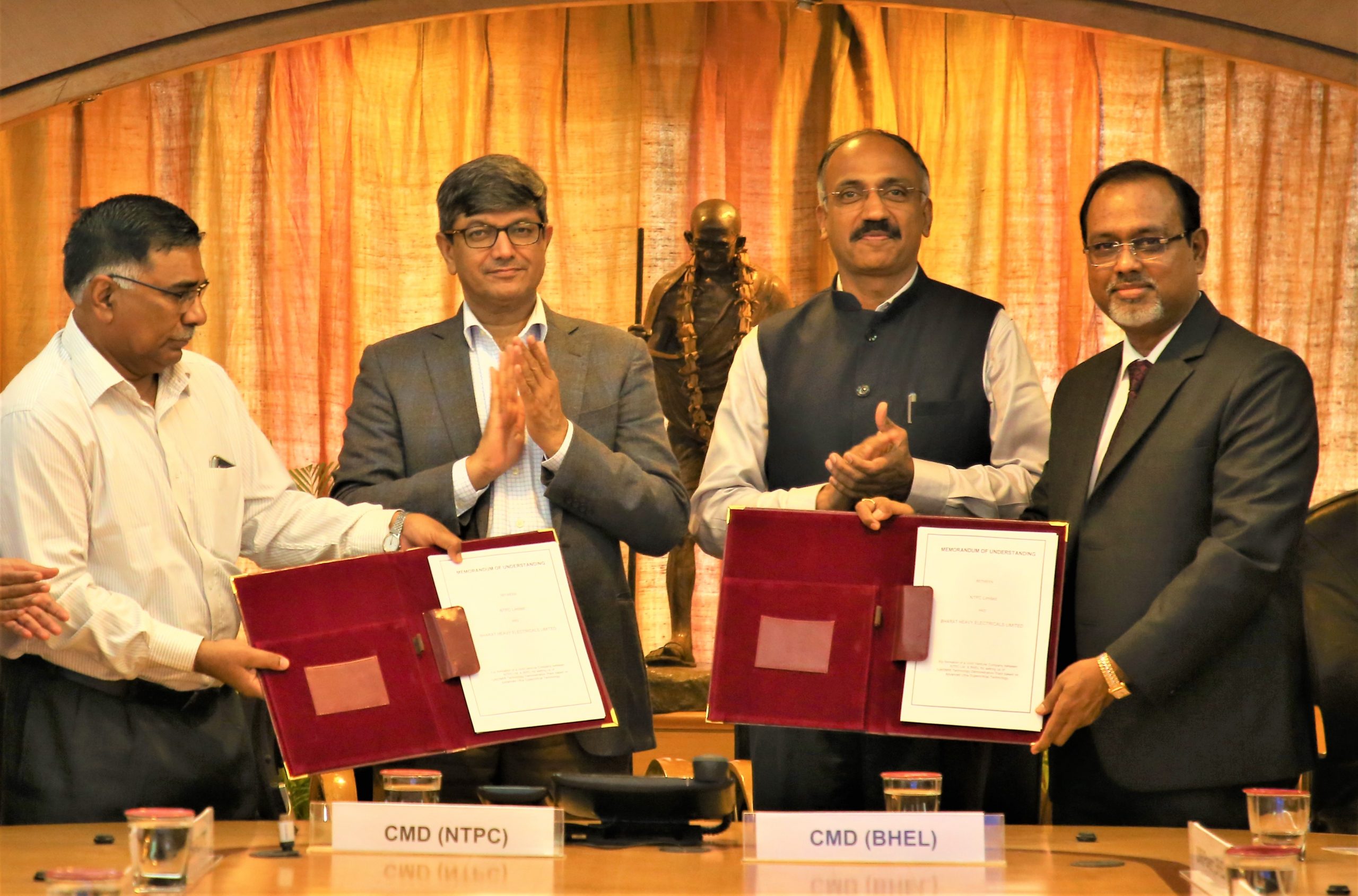 New Delhi, July 24th, 2019: India’s largest power generator NTPC Limited and power equipment behemoth BHEL, today, signed a Memorandum of Understanding (MoU) for forming a Joint Venture company, to set up a 800 MW Technology Demonstration Plant (TDP) at NTPC’s existing power plant in Sipat, Chhattisgarh. The demonstration plant shall be based on the Advanced Ultra Super Critical (AUSC) technology which marks a significant improvement in operational parameters over contemporary supercritical technology. The plant shall be the most efficient power plant in the world, once it becomes operational, resulting in reduction of carbon-di-oxide emission by about 20% as compared to the conventional sub-critical technology.

The fructification of the technology demonstration full scale plant shall be a firm testimonial to the country’s climate commitment as it is a voluntary initiative. It will also support fulfilment of the NDC (Nationally Determined Contributions) committed by India as part of the Paris Climate Agreement. Further, there will be many intangible benefits in terms of large number of spin-off technologies being developed, development of a large cadre of technologists, building confidence in home-grown technologies etc.

A consortium of BHEL, NTPC and IGCAR (Indira Gandhi Centre of Atomic Research) was formed in 2010, under the aegis of the office of the PSA which has been working on the development of the AUSC technology. The demonstration of the R&D technology developed by the consortium is being planned by BHEL and NTPC as the next phase of the overall technology development programme.