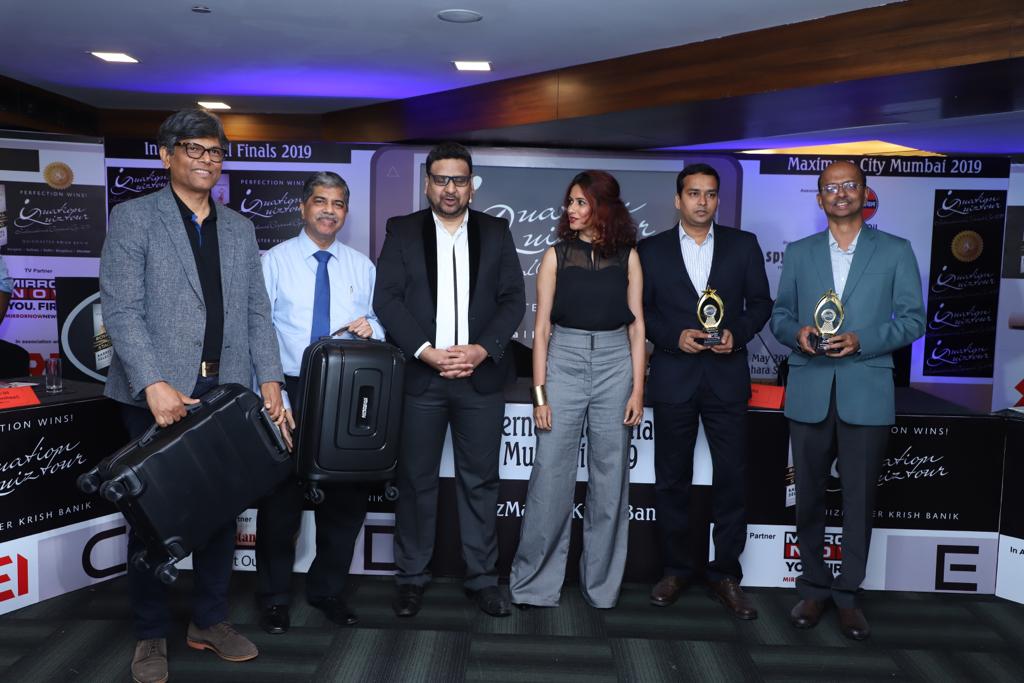 NTPC team came second at the 20th anniversary Iquation quiz International Finals conducted by Event Management group at Mumbai on May 17,2019 . The NTPC team was represented by  Anshuman Srivastava, DGM(Corp. Planning) and K.M Prashanth, AGM(Corp.Communications). The team qualified for the finals after coming second in the Delhi Regional round
More than 50 teams Pan Asia consisting of leading corporates participated in this quiz. The quiz was held at two levels, the regional level at five locations namely Kolkata, Bangalore, Mumbai , Delhi and Bangkok followed by National finals  .
A team from ITC came first in the International Finals quiz. Other corporates in the finals were ICICI Prudential, HDFC, Hero MotoCorp , three teams from IOCL and a team from Bangkok

NTPC has a good quizzing culture and this has been used as an effective HR tool in acquiring knowledge and new skills so as to encourage a culture of learning amongst the employees of the company. NTPC also organizes the NTPC Electron Quiz for B School and Engineering graduates  every year to inculcate a culture of learning amongst the young minds