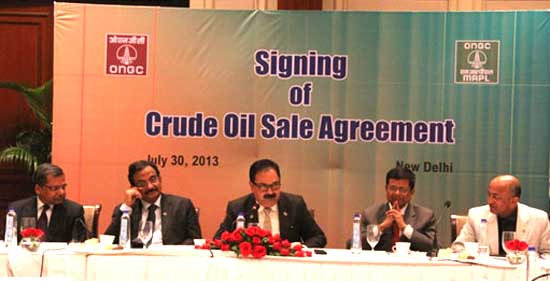 Before this first COSA, sales were effected through an MOU signed in March 2003.

MRPL, which was being referred to BIFR as a sick enterprise, was turned around in the first year after being taken over by ONGC in March 2003.