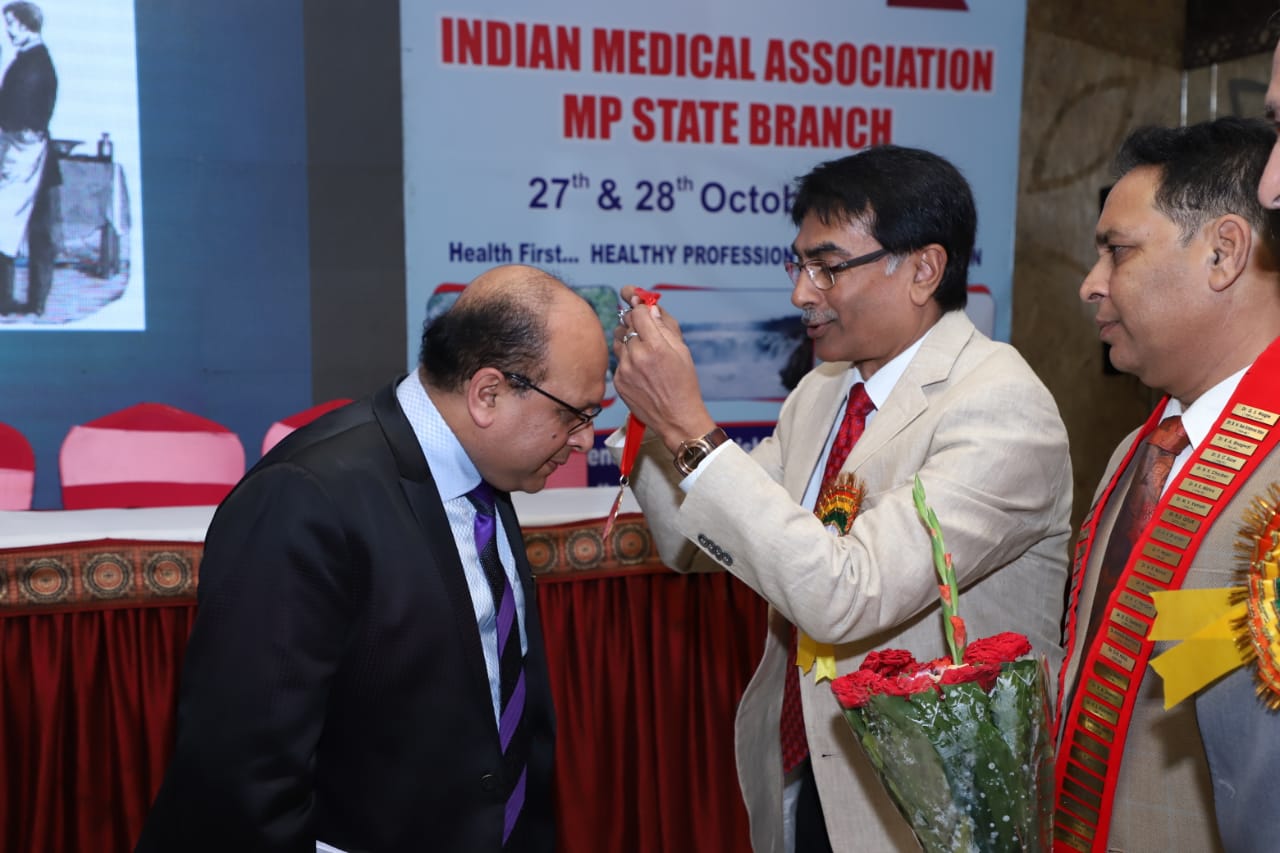 New Delhi: Octorber 29, 2018. Dr Raju Vaishya, a well known Orthopaedic Surgeon, has been honoured with ‘DR. B. C. ROY ORATION AWARD, 2018’ of Indian Medical Association, Madhya Pradesh for his outstanding achievement and remarkable role in the field of Health care.
The award was given away in the inaugural function of 63rd Annual Medical Conference of IMA, Madhya Pradesh organized on 27th & 28th October 2018 at Jabalpaur. A large number of doctors and other dignitaries were present during the function.
(Dr.) Raju Vaishya, speaking after receiving the honour, said, “I am happy that DR. B. C. ROY ORATION AWARD has been conferred on me. I hope that it will be an inspiration to other too. It is a matter of great honour and pride for me. I dedicate this award to all my teachers who shaped me, my students who inspired me and also to all my patients who put their trust in me.”
Prof. (Dr.) Vaishya is a Senior Orthopaedic and Joint Replacement Surgeon at Indraprastha Apollo Hospitals, New Delhi. He is also the President of Arthritis Care Foundation and Indian Cartilage Society. Recently he was awarded “Pride of Asia Award” in Bangkok. He has been featured in Limca book of records four times in 2912, 2013, 2014 and 2016.He has made a record by publishing 58 research papers in one year alone (2015). He has more than 300 scientific research papers in peer reviewed and indexed medical journals, with the highest number of publications among 7000 Consultants of 69 Apollo group of hospitals. He is credited to have the largest published series on fracture of neck radius in children, Irritable hip, Megaprosthesis for resistant nonunion of the distal femur, Galeazzi variants in adults, and Acacia thorn injuries.