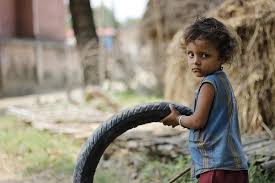 Over 33% of Under-5 Haryana Children Stunted: Poor Mothers’ Health, a Contributory Factor

Panchkula, 6th  February 2018:  Despite a 10% drop in the percentage of stunted children in Haryana in the last decade, the state records a high percentage of 33% as per latest estimates, although the numbers are less than the national average.

As per the Indian division of United Nations Children’s Fund (UNICEF), stunting reflects chronic under-nutrition during critical periods of growth and development. It is estimated that 38% of children in the country are stunted.

“Stunted includes children from 0 to 59 months, whose height as per age records below than the median of World Health Organization growth standards. This means that the children are not growing normally.  Considering the same, approximately 46.8 million children in our country, which is one-third of the global total, are facing this condition due to acute malnutrition, which has permanently affected their growth”, said Dr Sorabh Goel, Consultant Neonatologist Paras Bliss Panchkula

Stunting and other forms of global nutrition result for almost half of the global child deaths. Due to under-nutrition, a child’s growth is hampered, leading to underdeveloped brain, weak mental ability, learning capacity, poor health, and increased risk of nutrition related chronic diseases.

Availability of nutritious food and poor purchasing power of families due to rampant poverty are some of the factors leading to the condition. But even before a child is born, he or she is might be suffering from under-nutrition, or at least destined to be so.

“It needs to be noted that 70% of Indian adolescent girls are anemic and suffer from poor nutrition. Nearly half of these girls are below normal body mass index. All these factors have significant effect on future pregnancies and children. In Haryana itself, 55% of women in the age group of 15 to 49 years are anemic. Therefore, it is imaginable why 31% of our children under the age of 5 years are stunted”, said Dr Sorabh Goel, Consultant Neonatologist.

Due to multiple factors, including poverty, lack of proper nutrition and care, poor mother’s health, frequent infection in early life and falling ill regularly, stunted children are short for their age, weigh less, have disproportionate mass as per height, and go through delayed bone growth.  These children usually never regain their lost potential but may be able to lead better lives if they begin receiving nutritious food, especially macronutrients, such as fat, protein and carbohydrates. Surely, a lot is still desired to be changed for the hungry children of Haryana.