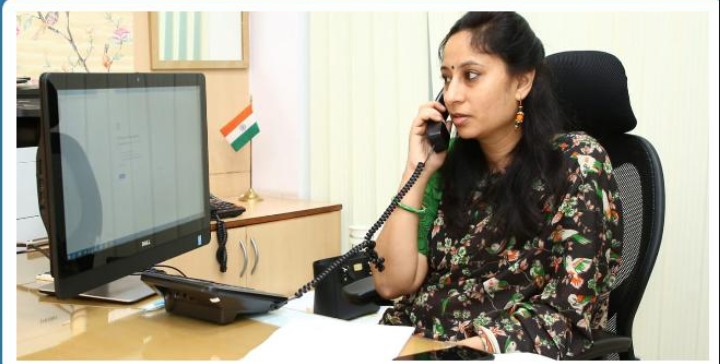 As per the notification of General Administration Department, Government of Bihar, IAS officer Palka Sahni took charge as the Resident Commissioner of Bihar Bhawan (New Delhi) on Wednesday.
She was the ‘Special Resident Commissioner’ of Bihar during the Corona lockdown to effectively tackling the concerns of migrant laborers of Bihar stranded in various Indian states after the nationwide lockdown.
Mrs. Sahni has been the District Magistrate (DM) of three districts (Jehanabad, Khagaria, Nalanda) in Bihar. She has also been the first MD of ‘South Bihar Power Distribution Company Limited’. Her efforts strengthened the power distribution infrastructure along with the massive improvement in power availability in the state. She has led the ‘Bihar State Electronics Development Corporation Limited’ and led from the front in execution of IT programs.
She helped set up a 24×7 Helpline-cum-Control Room at Bihar Bhawan for the holistic assistance of the migrants labourers. The Control Room established on 25th March dealt with the concerns of food, shelter and requests amidst the outbreak of Covid-19.
She in the past has served as the Director in the ‘Department of Industrial Policy and Promotion, Ministry of Commerce and Industry’, where she managed some flagship undertakings of the Government of India such as “Make in India” and “Ease of Doing Business”. She has also led a team that played a pivotal role in making India enter the top-100 in the World Bank’s “Ease of Doing Business” rankings.
Palka Sahni also worked as Executive Director in Integrated Power Development Scheme (IPDS), PFC Limited. It was also a major program of the Government of India aimed at strengthening and modernizing the power distribution system in urban areas.