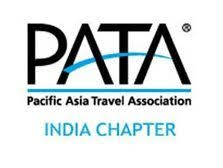 NEW DELHI, March 26, 2018 – The PATA India Chapter coordinated an interactive media meet between the Ministry of Tourism (MOT) and foreign correspondents based in Delhi on March 23rd. The meeting was chaired by Mrs Rashmi Verma Secretary from the Ministry of Tourism and the Chairperson for PATA India Chapter, together with her team was in attendance. Approximately twenty-five foreign journalists, led byPresident Foreign Correspondents Club South Asia Mr S Venkat Narayan, participated in the event.
PATA established its contribution and relevance through an address by Vice Chairman SanJeet. President FCC saw and extolled the need for FCC, PATA & MOT to work together regularly and offered its platform to disseminate tourism information through its members.
Mrs Verma addressed the media with lucid details of the progress made by India Tourism and the various initiatives implemented in recent times. This was reinforced with a high impact presentation made by Joint Secretary Suman Billa which reflected on the importance and criticality of tourism in India’s economic development. The concept of a strong Visitor Economy for growth and employment is rapidly gaining currency. The meeting was followed by an intense session of Q&As and a networking lunch. A lucky draw was conducted and the three winners will enjoy soft adventure holidays along with their companion as guests of MOT.