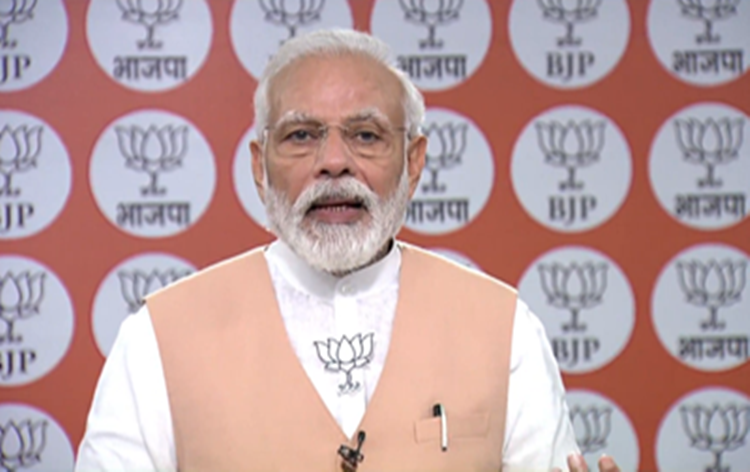 Prime Minister Narendra Modi today said that India is one of the countries in the world that understood the seriousness of COVID-19 and took timely steps to initiate a war against it.Не was addressing BJP party workers through video conference on the occasion of 40th Foundation Day of Bharatiya Janata Party.

Mr Modi said, India’s attempts to battle the and made all pandemic has set new example to the world. He said, India took one step after another and worked to ensure that those measures should reach at the ground level. He said, it was ensured that all State Governments worked together important decisions in sync with experts.

Mr Modi said, from the very beginning, BJP has been taught the Mantra of Nation First. He asked them to made five appeals to the party workers. He keep campaigning provide rations to the poor and make face covers for five to six persons other than themselves. He also urged party workers to spread the word among people about Arogya Setu App to help fight against COVID-19.