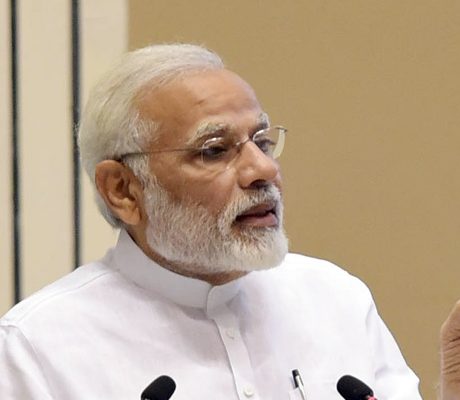 PM dedicates to the nation and lays foundation stone of 11 projects worth over Rs 31,500 crore in Tamil Nadu

“It is always wonderful to be back in Tamil Nadu. This land is special. The people, culture and language of this state are outstanding”

“The Tamil language is eternal and the Tamil culture is global”

“Modernisation and development is being done keeping in mind the needs of the future. At the same time, it will merge with local art and culture”

“We aim to achieve Garib Kalyan”

“As a close friend and neighbour, India is providing all possible support to Sri Lanka”

Prime Minister Shri Narendra Modi dedicated to the nation and laid the foundation stone of 11 projects worth over Rs 31,500 crore in Chennai. These projects will boost infrastructure development, enhance connectivity and give an impetus to ease of living in the region. Governor of Tamil Nadu Shri R. N. Ravi, Chief Minister Shri M K Stalin, Union Minister Shri L Murugan were among those present on the occasion.

Addressing the gathering, the Prime Minister expressed his happiness to be back in Tamil Nadu. “It is always wonderful to be back in Tamil Nadu. This land is special. The people, culture and language of this state are outstanding” he said at the outset. He said that someone or the other from Tamil Nadu is always excelling. He recalled hosting the Deaflympics contingent and said “this time it was India’s best performance in the tournament. Out of the 16 medals we have won, youngsters from Tamil Nadu had a role in 6 of those medals”.

Further commenting on rich Tamil culture, the Prime MInister said “the Tamil language is eternal and the Tamil culture is global. From Chennai to Canada, From Madurai to Malaysia, From Namakkal to New York, From Salem to South Africa, The occasions of Pongal and Puthandu are marked with great fervour”. He also informed that recently, at the Cannes Film Festival, son of the great soil of Tamil Nadu and Union Minister Thiru L Murugan walked the Red Carpet in traditional Tamil attire that made the Tamil people all over the world very proud.

He said that in the project inaugurated or laid the foundation stones of, a thrust on road connectivity is visible. This is so as it is directly linked to economic prosperity. He said that Bengaluru – Chennai Expressway will connect two major centers and 4 Lane double decker elevated road connecting Chennai Port to Maduravoyal will make Chennai port more efficient and decongest the city. The Prime Minister expressed his happiness that five railway stations are being redeveloped. This modernisation and development is being done keeping in mind the needs of the future. At the same time, it will merge with local art and culture. Madurai-Teni Railway Gauge Conversion Project, he said, will help the farmers as it will give them new markets.

The Prime Minister congratulated all those getting houses as a part of the historic Chennai Light House project under the PM-Awas Yojana. “This has been a very satisfying project as we started a global change.. And in record time the first project has been realized and I am glad that it is in Chennai”, he said.

The Prime Minister noted that the multi-modal logistic parks will be a paradigm shift in the freight ecosystem of our country. Each of these projects across various sectors will boost job creation and our resolve to be Atma Nirbhar, he said.

The Prime Minister said that history has taught us that those nations which gave topmost importance to infrastructure made the transition from developing to developed countries. The Government of India is fully focussed on building infrastructure that is top quality and sustainable, he said referring to both physical and coastal infrastructure. We aim to achieve Garib Kalyan. Our emphasis on social infrastructure indicates our emphasis on the principle of ‘Sarv Jan Hitaya and Sarv Jan Sukhaya’, he said. The Prime Minister said that his Government is working to achieve saturation level coverage for key schemes. Take any sector – toilets, housing, financial inclusion… we are working towards complete coverage. When this is done, there is no scope for exclusion, he added.

The Prime Minister remarked that the government has gone beyond what is traditionally referred to as infrastructure. A few years ago, he said, infrastructure referred to roads, power and water. Today we are working to expand India’s gas pipeline network. Work is happening on i-ways. It is our vision to bring high speed internet to every village.

The Prime Minister stressed that the Government of India is fully committed to further popularising Tamil language and culture. In January this year, the new campus of Central Institute of Classical Tamil was inaugurated in Chennai. The new campus is fully funded by the Union Government. He added that the ‘Subramania Bharati Chair’ on Tamil Studies at Banaras Hindu University was recently announced. He said that since BHU is located in his constituency, the joy was extra special.

The Prime Minister said Sri Lanka is passing through difficult times. I am sure you are concerned with the developments there. As a close friend and neighbour, India is providing all possible support to Sri Lanka. The Prime Minister recalled that he was the first Indian Prime Minister to visit Jaffna. The Government of India is undertaking numerous projects to assist Tamil people in Sri Lanka. These projects cover healthcare, transportation, housing and culture.

The Prime Minister concluded by reiterating the country’s collective resolve to fulfil the dreams of our freedom fighters during the Azadi ka Amrit Mahotsav.

The programme also witnessed inauguration of 1152 houses constructed as part of the LightHouse Project – Chennai, built at a cost of Rs 116 crore under Pradhan Mantri Awas Yojana-Urban.

The foundation stones for redevelopment of five Railway stations: Chennai Egmore, Rameswaram, Madurai, Katpadi and Kanyakumari, were also laid during the programme. This project will be completed at a cost of over Rs. 1800 crore, and is being undertaken with a view to enhance convenience and comfort of the passengers through provision of modern amenities.

The Prime Minister also laid the foundation stone of a Multi Modal Logistic Park at Chennai worth around Rs. 1430 crore. It will provide seamless intermodal freight movement and also offer multiple functionalities.