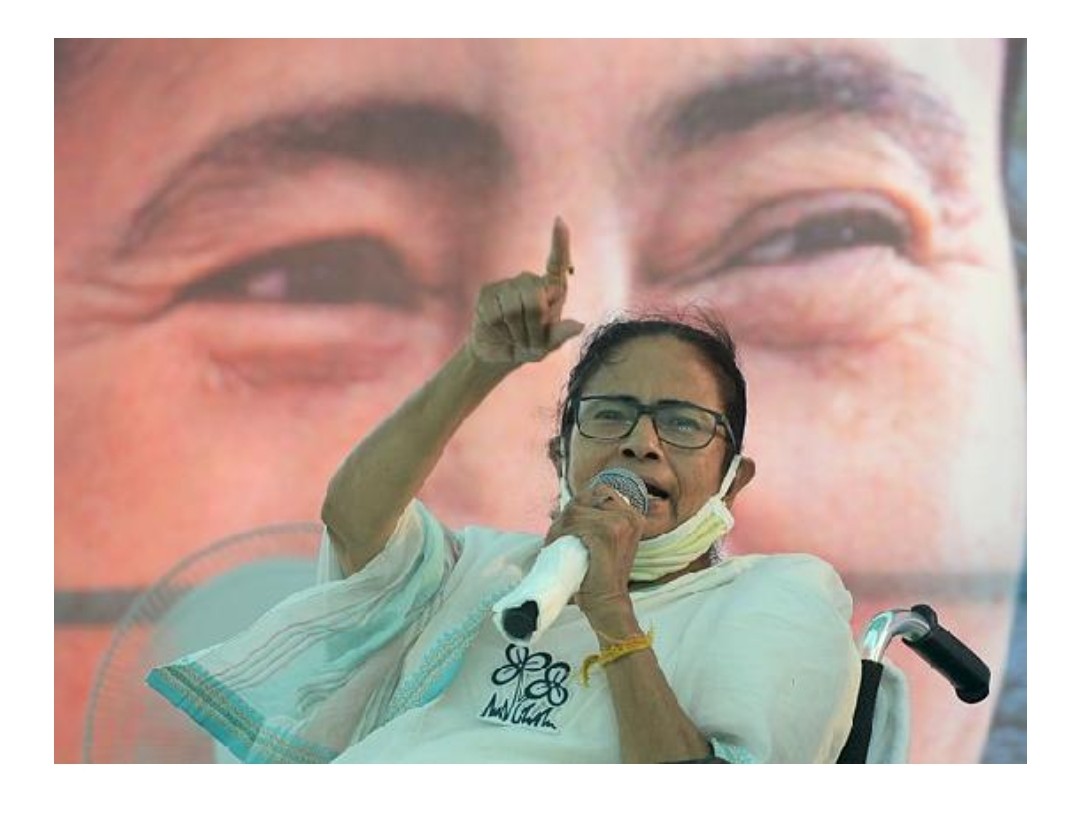 Chief Minister Launching a veiled attack on Prime Minister Narendra Modi amidst the poll season in West Bengal, Chief Minister Mamata Banerjee on Tuesday said he was growing beard sitting at home during COVID times while she had been on the ground.

Addressing a public meeting here, Mamata said, “Where were you (BJP) during COVID? I went to the ground and even drew social distancing circles. You (Prime Minister Modi) were sitting at home growing your beard and looking after good health.” “Some people tried to stop my car while chanting ‘Jai Shree Ram’. I want to ask them why do they not say ‘Jai Siya Ram’? Why do you leave out Sita? You people are anti-women,” stated Mamata.

The chief minister further said that she could have contested from any other constituency but have chosen Nandigram to pay respects to the mothers and sisters of this place.

“To salute the Nandigram movement, I chose Nandigram over Singur,” added Mamata.

Nandigram will witness the most high-profile contest in the second phase of the state assembly elections to be held on April 1 with the Chief Minister taking on her former ministerial colleague Suvendu Adhikari, who had joined the Bharatiya Janata Party (BJP) in December last year.

In phase-II, 30 seats will go to polls to decide the fate of 171 candidates including 19 women. The first phase of the West Bengal Assembly elections concluded with an estimated 79.79 per cent voter turnout on Saturday.

Now the remaining seven phases for the 294-member West Bengal Assembly will be held on different dates with the final round of voting scheduled on April 29. Counting of votes will take place on May 2.