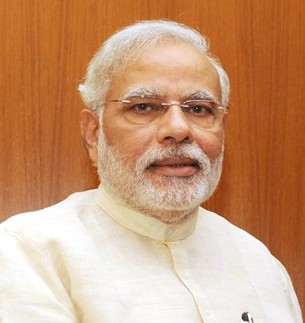 New Delhi: Projecting a nuanced foreign policy approach of the new government, Prime Minister Narendra Modi today said India will discuss at the BRICS  Summit this week efforts to address regional crisis and security threats to restore a climate of peace while advancing global economic stability.In a departure statement before leaving for Berlin en route Fortaleza in Brazil for his first multi-lateral engagement with global leaders, he also said that India looks forward to the BRICS initiative for setting up the New Development Bank andContingent Reserve Arrangement.The BRICS Development Bank with a corpus of $100 million will fund projects in a number of countries and other developing countries. India along with China are in contention for establishing its headquarters either in New Delhi or in Shanghai.Modi is visiting Brazil at the invitation of Brazilian President Dilma Rousseff to attend the Sixth BRICS Summit being held in Fortaleza and Brasilia on 15-16 July.The Prime Minister noted that the meeting is taking place at a time of political turmoil, conflict and human crisis in several parts of the world.

There is also persisting weaknesses and unrest in the global economy. Many emerging economies have experienced a slowdown which has increased the challenge of pursuing inclusive and economic development, he said.

“I look at the BRICS Summit as an opportunity to discuss with my BRICS partners how we can contribute to international efforts to address regional crises, address security threats and restore a climate of peace and stability in the world,” he said.“I also look forward to our discussions to further advance intra-BRICS economic cooperation and our collective efforts to advance global economic stability and prosperity. In particular, I look forward to the successful conclusion of major BRICS initiatives, like the New Development Bank and the Contingent Reserve Arrangement, which have seen significant progress since their launch in New Delhi in 2012,” he said.