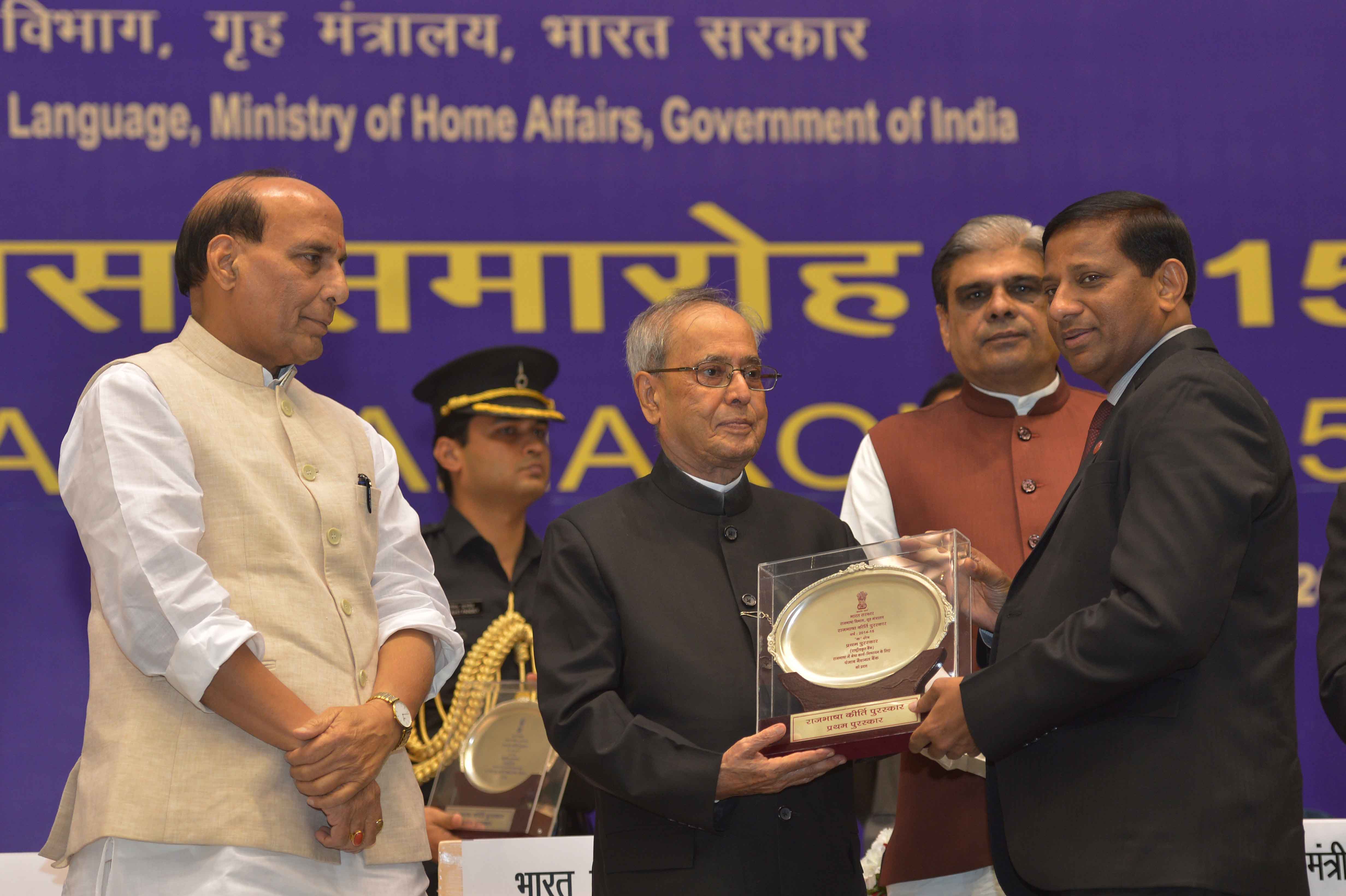 Punjab National Bank has been awarded with First Prize in Rajbhasha Kirti Shield competition for the outstanding performance in implementation of Official Language Policy in Bank for the Financial year 2014-2015 under the category of Nationalized Banks and Financial Institutions in Region ‘A’.

Rajbhasha Kirti is the highest award in the field of Rajbhasha given by the Govt. of India.  After receiving the award, Shri K.V.Brahmaji Rao, ED while congratulating all the officials of PNB for prestigious prize said that PNB’s all banking services are technology based and equipped with bi-lingual facility.  Bank is providing banking services to his customers in Hindi as per their requirements.  This award is a result of composite efforts and commitment of all PNB employees and Officers towards ensuring use of Hindi in Bank.  Smt. Usha Ananthasubramanian, MD & CEO, in the message to all PNB Family Members published on occasion of rajbhasha month, made an appeal to make efforts to increase use of Hindi in banking services so that PNB may maintain its Top Position in the field of implementation of Official Language Policy