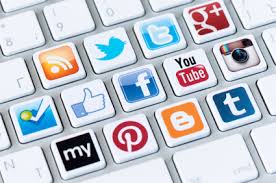 The government is finalising a policy aimed at keeping a sharp vigil on the social media to check if it is being “misused” to conspire against India and spread anti-national propaganda.
,a meeting was held in Ministry of Home Affairs between the representatives of central security agencies and the home ministry to discuss various issues related to it. At present, there is only a set of “do’s and don’ts for the social media which needs to be upgraded to a full-fledged guidelines for adoption on such a network.

The move assumes significance as there have been instances where terrorists were found to be using social media to conspire against the country or to propagate anti-India materials.
According to Official sources, the misuse of social media is more challenging especially with reference to the situation in Jammu and Kashmir.
Besides this, the ministry is also looking for the ways to reach out to people using social media in case of disaster or for public service delivery.