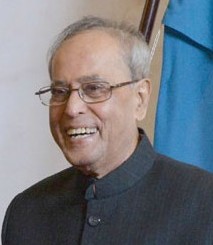 New Delhi: President Pranab Mukherjee  has appointed Ram Nath Kovind  and Acharya Dev Vrat as the new Governors of Bihar and Himachal Pradesh respectively. The above appointments will take effect from the dates the incumbents assume charge of their respective offices, a Rashtrapati Bhavan release said.

69-year-old Kovind is  a two-time Rajya Sabha member and is from Kanpur in Uttar Pradesh. His appoint comes a few months before the assembly elections.  He is a lawyer by profession, Kovind was the BJP Scheduled Caste Morcha Chief. “The President has been pleased to appoint Ram Nath Kovind as the Governor of Bihar and Acharya Dev Vrat as the Governor of Himachal Pradesh,” a press release issued by Rashtrapati Bhavan said.