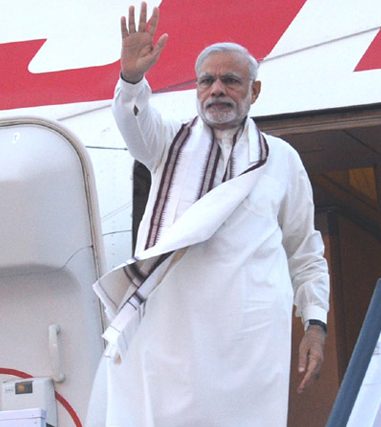 New Delhi, June 24  Prime Minister Narendra Modi on Saturday left for Portugal, the first-leg of his three-nation tour that will also take him to the US and Netherlands.

“PM @narendramodi emplaned for Portugal, after which he shall visit USA and Netherlands for important bilateral visits,” the Prime Minister’s Office (PMO) wrote on Twitter.

Modi will visit Portugal on Saturday before his trip to the US on June 26 and is expected to be on a whirlwind tour to the Netherlands on June 27.

External Affairs Ministry Spokesperson Gopal Baglay had said Modi’s visit to the US has “its own significance because it will be the first visit of the Prime Minister to engage with the new leader, with the new President (Donald Trump) after the elections last year” in the United States.

Modi would also hold talks with Antonio Costa, the Portugal Prime Minister of Indian origin, in Lisbon before flying to the US where he would meet President Donald Trump.

On his way back, Modi would visit The Netherlands for talks with Prime Minister Mark Rutte in The Hague, besides calling on the King of The Netherlands Willem Alexander.