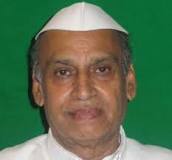 New Delhi: A special CBI court on Tuesday sentenced Rajya Sabha member Rasheed Masood, held guilty in a case of corruption and other offences, to four years in jail.

With the sentence, Masood lost his Rajya Sabha seat as he became the first casualty of the Supreme Court judgement which said that a member of parliament and state legislatures stands disqualified immediately if convicted by a court for crimes with punishment of two years or more and under some other laws even without jail sentence.

Masood, who was immediately taken into custody after the sentencing, will also lose the right to contest polls for the next 10 years since a convicted leader cannot fight elections for six years from the date of release from their prison.