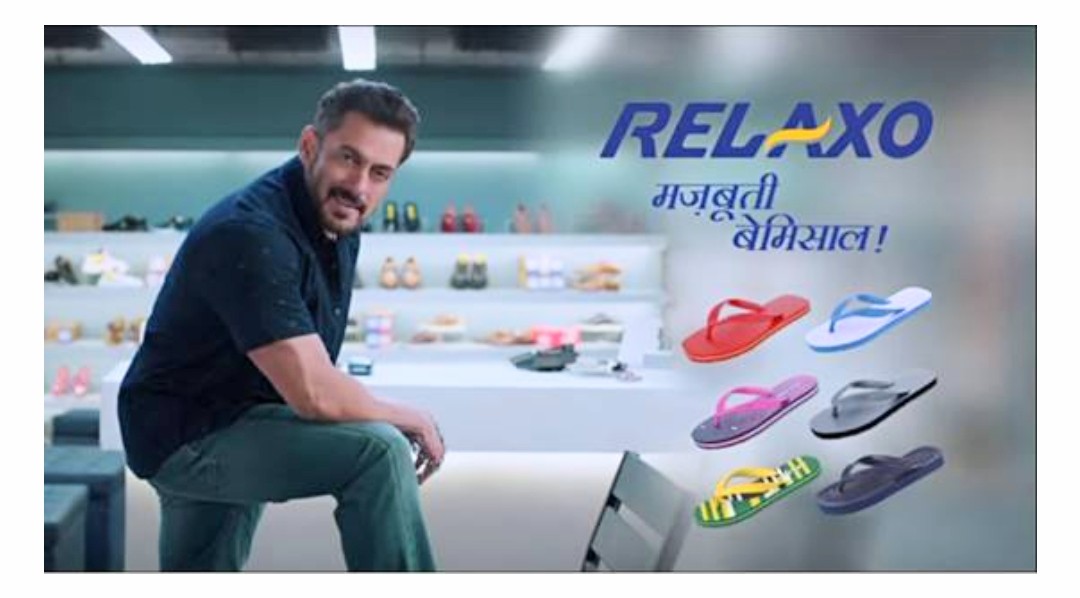 New Delhi, 4th June – Relaxo, an iconic and classic brand serving to the needs of footwear for Indian masses for four decades has returned to television advertising with a bang. Megastar, Salman Khan plays the protagonist in the new television ad campaign #MazbootiBemisaal.

Trends come and go, but some are forever. Relaxo, an iconic brand synonymous with rubber slippers, is the most versatile footwear for all segments of society. A household name today, Relaxo hawaii slippers have stood the test of time and generations over decades have sworn by their superior performance.

Relaxo hawaii has returned to television advertising with its latest campaign ‘Mazbooti Bemisaal’ after a hiatus of eight long years! In the new campaign, the brand is single mindedly positioned as a tough slipper with superior performance while unveiling the new colorful range along with the traditional style blue and white slippers.

Commenting on the new campaign, Mr. Gaurav Dua, Executive Director – Sales & Marketing, said “Relaxo is a household name today. With his mass appeal megastar Salman Khan resonates well with our brand ethos and is most suited to convey the brand USP of ‘Mazbooti Bemisaal’.

Salman Khan who plays the protagonist in TV film, can be seen as a footwear showroom owner, who in his own humorous style interacts with a customer. How does Salman show hawaii’s mazbooti? Well, that’s the surprise element in the film which has been presented through a creative exaggeration and interpretation.

With the perfect balance of Salmanism and the interesting interaction, this TVC is sure to bring a smile to the viewers’ face.

You tube link to the TVC