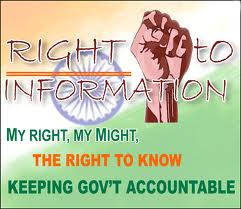 An expenditure of at least Rs 17.60 lakh was incurred on the oath-taking ceremony of Prime Minister Narendra Modi in the forecourt of Rashtrapati Bhavan, an RTI reply has found.

The reply provided by the President’s Secretariat said approximate cost incurred on the arrangements of the oath-taking ceremony, attended by 4017 guests, related to tentage, stage, furniture and other allied items is Rs 17.6 lakhs.

In its response to activist Ramesh Verma, the Secretariat said that it does not maintain the records of expenditure function-wise. “Hence the information sought for cannot be provided. It is informed that the expenditure on functions in incurred by the spending units from the annual budget allotted to respective head of accounts,” a reply from CPIO Saurabh Vijay said.

The activist had sought to know from the President’s Secretariat “head-wise” details on the expenditure incurred on the oath-taking ceremony of Modi and total number of persons who attended the ceremony.

Modi took oath of office on May 26 at a function in Rashtrapati Bhavan which was attended by Presidents, Prime Ministers and senior leaders of the SAARC countries among other dignitaries.