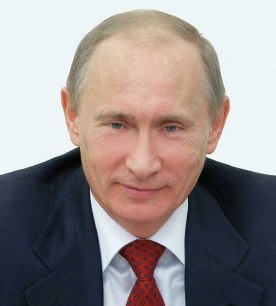 Moscow, Dec 27  Russia needs to improve the competitiveness of its economy on a global scale in response to Western sanctions, Russian President Vladimir Putin said on Wednesday.

“Supporting Russian businesses and expanding their opportunities is a major priority that has special relevance today as Russian companies face certain external restrictions,” Putin said at an annual meeting with representatives of the Russian business community.

In order to respond to these steps, the Russian economy needs an increase in its global competitiveness, which calls for accelerating industrial growth, promoting research and development, facilitating localization of production and developing new markets both home and abroad, he said, reports Xinhua news agency.

Putin said the government and the businesses can work together to improve labour productivity and upgrade production facilities with better technologies while protecting the environment.

Meanwhile, Russia will make efforts to strengthen trade, technology and investment ties and cooperation with its foreign partners, as well as continue to support its exporters, especially in the non-resource sectors, such as the high-tech and agricultural fields.

Relations between Russia and the West have been on the rocks since 2014 over disputes in the Ukrainian crisis, Moscow’s alleged interference in the US presidential election and an nerve agent attack on a Russian ex-spy in Britain.

The US and the European Union imposed several rounds of sanctions against Russian individuals, companies and economic sectors, which led to Russia’s countermeasures against these countries including restrictions on food imports