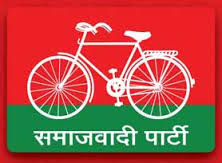 MLA Mahendra Singh, who represents Sevta constituency in Sitapur district, was arrested during the raid in a city hotel in Goa dance bar on Tuesday under Anti-Prostitution Act.

Shalendra was accused in a firing incident that happened in Sitapur whereas Vikrant Akela was accused for allegedly usurping a land by demolishing a house in Raebareli.