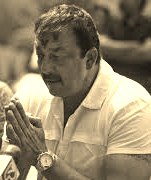 I have grown up seeing Munna bhai films from the time i gained my senses and attained youth.To me he is like a macho figure his acting talent started with the movie Rocky and after that there was no stopping for this superstar.But tyranny had something else in-store for this guy,The judiciary sentencing him to 5 year prison brought forward the note to the citizens of India that LAW is above all be it rich,poor or any strata person whoever commits crime has to undergo punishment.

Here i would like to state my point of view being a fan of him when i myself saw Munna bhai MBBS ,i was touched by his act and somewhere i also decided in the realms of my mind that next time if somebody going to fight with me i will maintain calm and remain nonviolent because that is what our father of Nation ,Mahatma Gandhi ji Taught and practised and freed INDIA from the clutches of British Empire.

If i had that impact a thousand of scores of people also might have been influenced by sanjay dutt act in Munnabhai MBBS. And if we review in the act he transformed so many people lives and charatcter the result of which would had been lot of crimes being held elsewise.

So the only thought that comes to the mind is OK he committed a crime intentionally or non intentionally thats what the judiciary has tried and given a suitable sentence to the same.But at the same time doesn’t the judiciary should review people sentiments and the overall changes and reform this person himself had gone through and brought in the society by his great act in Munnabhai MBBS thus transforming many people lives.

Your valuable opinions on this article are welcomed on editor@sarkarimirror.com