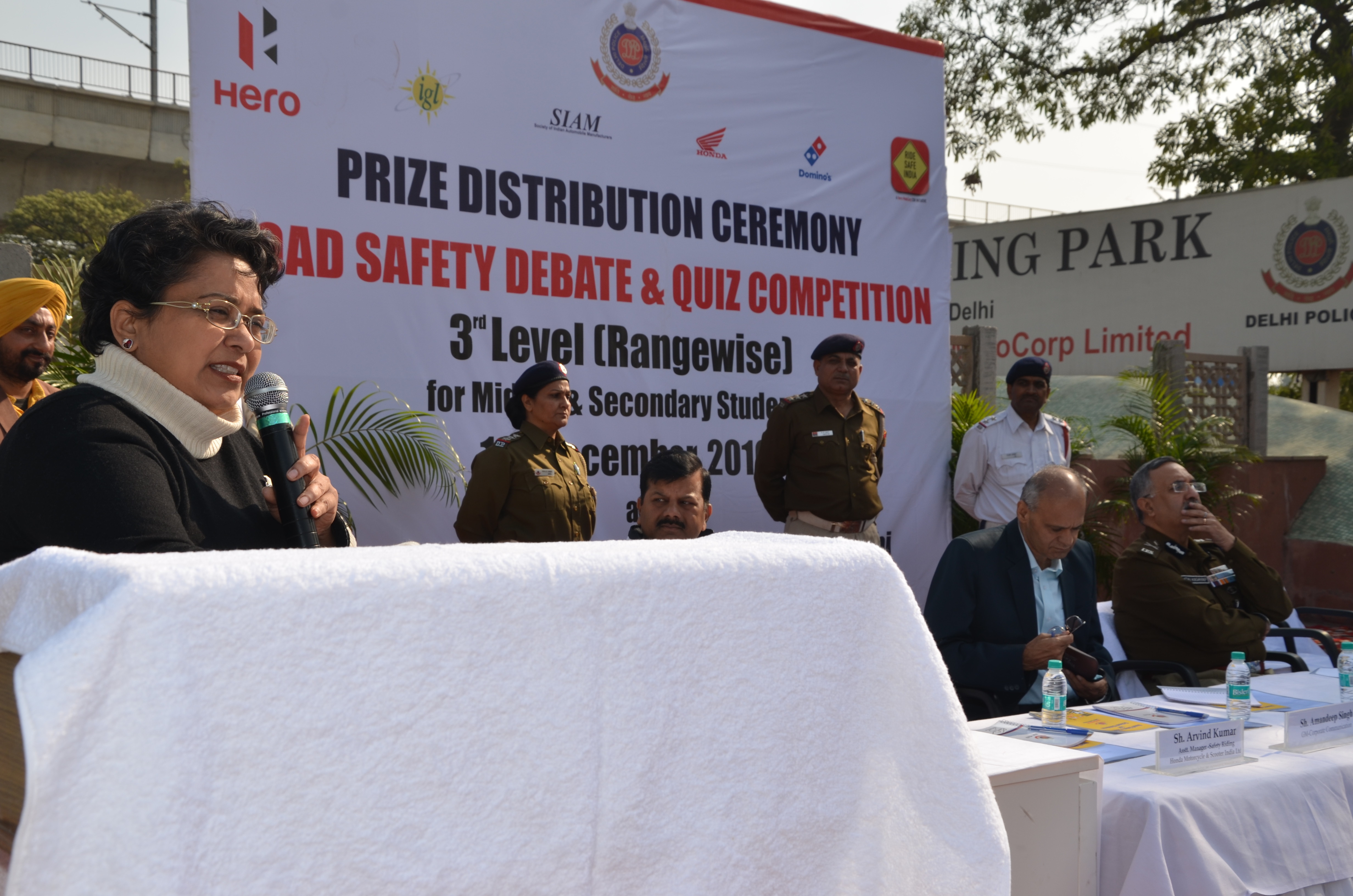 The Range level debate and quiz competitions for middle and senior group students from school covered  9 to 6 Delhi school  as part of the school Safety Awareness Campaign, was held at Traffic Training Park, Punjabi Bagh on 15th & 16th Dec 2016. 44 teams from schools which qualified after district level competitions held by Delhi Traffic Police participated in the competition.

Topics of debate and Quiz related to various aspects of Road Safety,  Traffic offences,  “Economic Conditions Vs. Triple Riding on two-wheelers” and the topics for senior group were Juvenile driving and related aspects and that “Increase in traffic penalties would help reduce traffic violations. 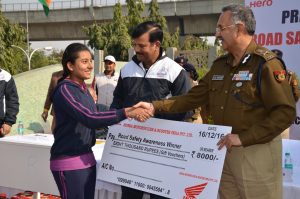 The School Road Safety Awareness Campaign of Delhi Traffic Police was formally launched by The Commissioner of Police, Delhi on 6th October 2016 as part of Decade of Action for Road Safety 2011-2020.  The School Safety Awareness Campaigns spread over a period of four months from October 2016 to January 2017 has targeted participation of approx. 10 lakh students from around 924 schools in Delhi and aimed at spreading awareness regarding road safety issues through lectures, and interactions with Delhi Traffic Police Road Safety Cell and Circle officers and competitions at different levels. The objective of the campaign is to “Catch children young and train them young” so that they can be easily educated  to obey traffic rules and can also act as our sentinels on these issues and in their family as per group.