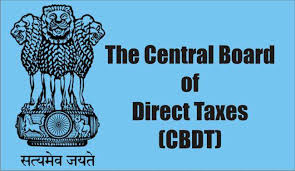 Searches conducted by the Income Tax Department lead to detection of
unaccounted income of more than Rs. 2000 crore

The search action included three prominent infrastructure groups based in
Andhra Pradesh and Telangana Investigations led to busting of a major racket of
cash generation through bogus subcontractors, over-invoicing and bogus billing

Several incriminating documents and loose papers were found and seized during the
search, apart from emails, WhatsApp messages and unexplained foreign
transactions unearthed during the search

Search operation was also carried out on close associates including ex.

personal secretary of a prominent person and incriminating evidence seized.

The search operations revealed that Infrastructure companies had sub
contracted work to several non-existent/bogus entities. Preliminary estimates
suggest siphoning of more than Rs. 2000 crore through transactions that were
layered through multiple entities with the last in the chain being small entities with
turnover less than Rs. 2 crore to avoid maintenance of books of accounts and tax
audits etc. Such entities were either not found at their registered address or were
found to be shell entities. Several such sub-contractors were controlled by the
principal contractors with all their ITR filings and other compliances being done from
the IP addresses of main corporate office

Unexplained cash of Rs. 85 lakh and Jewellery worth Rs. 71 lakh have been
seized. More than 25 bank lockers have been restrained