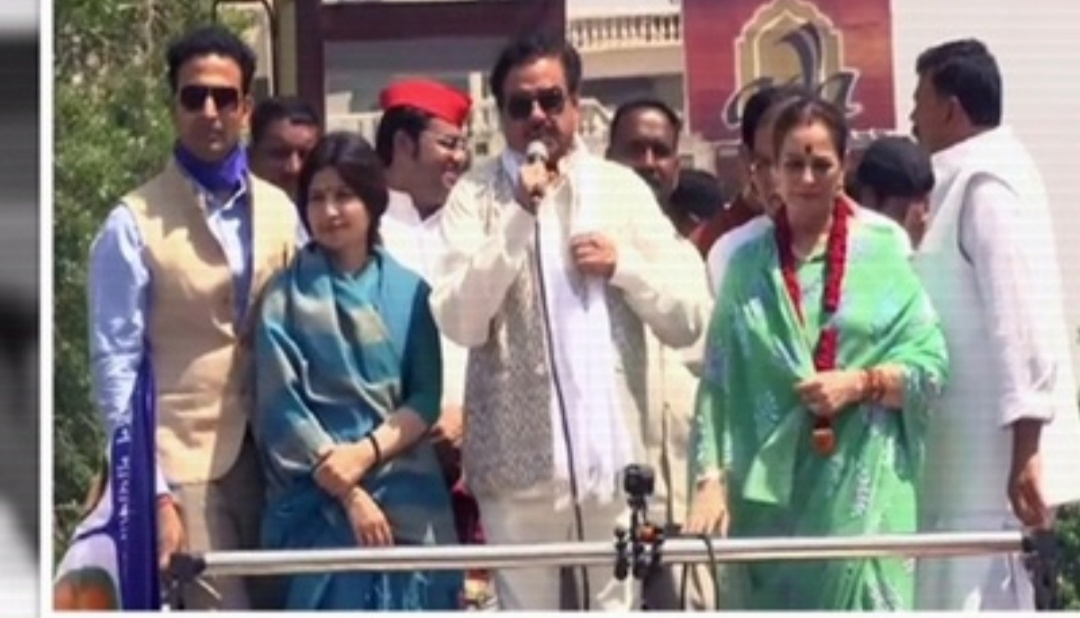 Congress candidate Shatrughan Sinha joined his wife Poonam Sinha as she filed her nomination papers today as the Samajwadi Party candidate in Uttar Pradesh’s Lucknow and took out her first roadshow. The only problem – his party Congress has fielded its own candidate in the prestigious constituency.

“I am here not as a Congress leader but as a husband and surely I have the right to be by my wife’s side at this time,” Shatrughan Sinha said. The actor-turned-politician, who recently quit the BJP after more than three decades in the party, said he would also campaign for his wife but “not for any other non-Congress candidate”.

Poonam Sinha is taking on the BJP’s Rajnath Singh, the Union Home Minister who is the sitting MP of Lucknow.