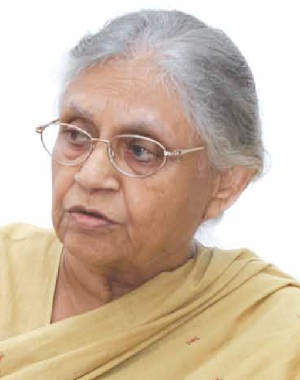 After a tough fight in elections ,AAP replacing congress in Delhi and then after a short sting AAP leaving the administration of Delhi leaving it to a hung assembly and LG Najeeb Jung taking over the reins ,Delhi ha s been left lurking finding it’s next administrator who can nurture it and cherish it with development.

There is no doubt that under previous long time three term of CM Shiela Dikshit, Delhi went through a very interesting makeover,places in Delhi which were far and unreachable for common man became reachable by introduction of Delhi metro and a long added fleet of DTC  during commonwealth games further augmented it.

Delhi now comparing it to the last decade had come a long way be it greenery ,which has increased,Infratructure,Transportation and Round the clock Electricty which we can’t deny under the regime of Shiela Dikshit was excellent. Powercuts took a backseat in Shiela Dikshit regime but now under BJP regime coming into place in centre we can experience the powercuts which have start taking place now.

Failure’s are part of life as  it is wisely said  and Failing once after three time win shouldn’t have been taken so seriously ,by that i  mean shifting the ex CM away from Delhi.

Today if congress has to revive in Delhi it needs a face which has been tested by the people for a long tenure and a new face will not find it easy to break the ice i.e the wins in elections.So the Congress High command i think should make a comeback for Shiela Dikshit in Delhi for a brighter win in Delhi when election happens in Delhi soon.

The only main point i see in congress failing in Delhi under Shiela Dikshi regime was not a very professional approach towards the security of the women ,if this key issue is not taken care in the capital ,then i can bluntly say that no political party whether it’s Congree,BJP or AAp can survive in Delhi for long,another key factor in the failure has been the inability to control the pricing of basic commoditites like Onions etc.,this issue also is a major concern.