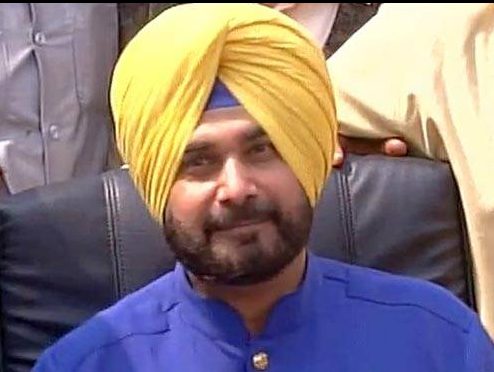 Islamabad, August 17, 2018: Former Indian cricketer-turned-politician Navjot Singh Sidhu arrived in Pakistan on Friday to attend the oath-taking ceremony of Prime Minister-in-waiting Imran Khan.
Sidhu reached Lahore via Wagah border and will arrive here for the oath-taking ceremony scheduled for Saturday.
Speaking to reporters in Lahore, Sidhu said: “I have come to Pakistan on my friend’s (Imran) invitation. These are very special moments.”
“Athletes and artists erase distances (between countries)… I have come here bearing the message of love, and prayers for Pakistanis,” he added.
“Hindustan jeevey, Pakistan jeevey!” Sidhu chanted as he welcomed the “change” in the country brought about by the advent of the Imran Khan-led Pakistan Tehreek-e-Insaf government.
Khan is expected be sworn in as Prime Minister on August 18 after his party swept the July 25 general elections.
Earlier this week, former Indian captain Kapil Dev said he will not be attending the oath-taking ceremony, citing “personal reasons”.
Dev was one of the three cricketers from India invited to attend Khan’s swearing-in ceremony, along with Sidhu and Sunil Gavaskar.
Gavaskar had also conveyed to Khan that he would not be able to attend the event due to prior work commitments.