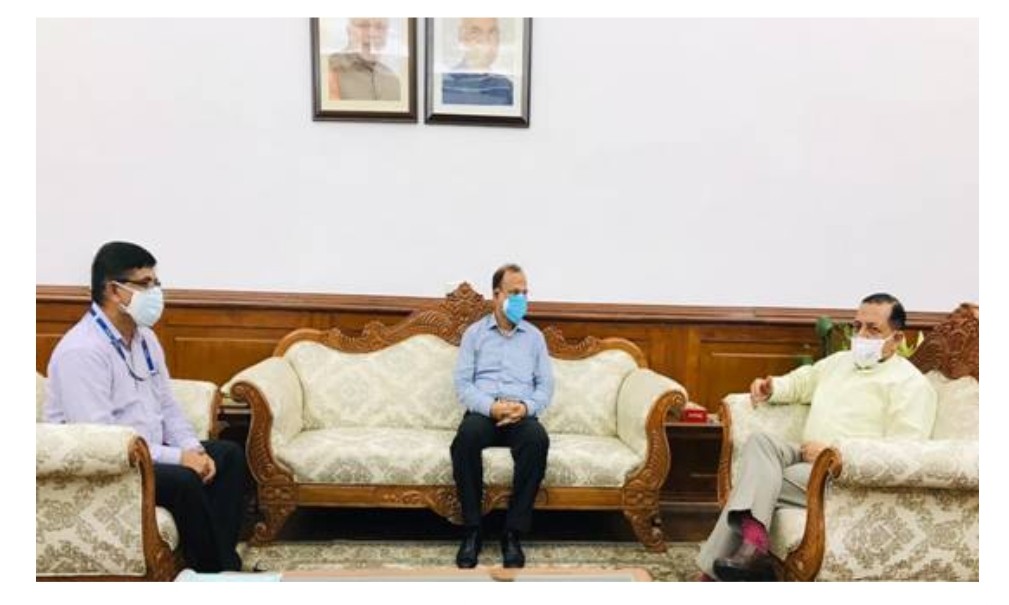 Dr Jitendra Singh recalled that over five years back, on the intervention of Prime Minister Narendra Modi, an extensive brain-storming exercise was held in the union capital wherein representatives from different Ministries and Departments were engaged in an intense interaction with scientists from ISRO and Department of Space in order to work out how best space technology could be utilized as a modern tool for supplementing, improving and expediting infrastructural development as well as implementation of various welfare schemes. Following this, he said, space technology is now being used in diverse sectors including Railways, Roads and Bridges, Medical management/telemedicine, procurement of timely Utilization Certificates, disaster forecast and management etc.

Striking a note of appreciation, Dr Jitendra Singh said, it is not a widely known fact that ISRO had provided Liquid Oxygen continuously on a large scale to several State governments from their own manufacturing facilities or from the existing stock during the COVID pandemic. Not only this, he said, ISRO also engaged in repurposing existing resources, scaling up of capacity of their facilities and also transferred technology to supplement the country’s fight against the second wave of COVID-19, when the wave was at its peak.