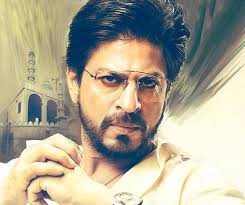 Though the leader said that the party would not now oppose the screening of the film, a fresh political row erupted over the issue.

Shah Rukh on Sunday called upon Mr. Thackeray ahead of the scheduled release of the film in January that features the Pakistani actor. “[Shah Rukh] Khan told us that the actor was not going to be here [in India] for promotion. There will be no more Pakistani actors who would be made part of his movies. We find it suitable and decided not to oppose the movie’s release,” MNS Chitrapat Karmachari Sena chief Amey Khopkar said.

“We had already made our stand clear that Pakistani artistes should not be part of Bollywood movies. Shah Rukh Khan approached Raj Thackeray and clarified that the Pakistani actor was not coming to India for the promotion,” Mr. Khopkar added.

The issue of Pakistani artistes working in Indian films created a storm earlier this year when the MNS objected to their casting in Bollywood movies after the Uri terror attack.