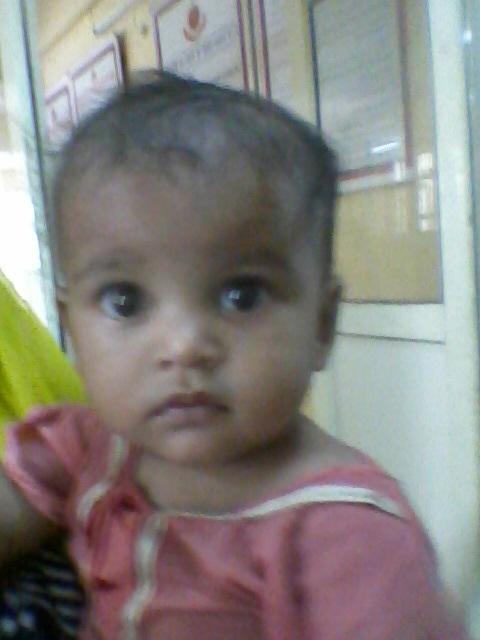 Due to the enormous efforts of the staff of PS Mandawali, a kidnapped child has been recovered within 01 day. Three accused (1) Rahul @ Wastik S/O Lallan, (2) Preeti W/O Ranjeet and (3) Rajni W/O Baldev have been arrested.

On 14-07-14, at 4.45AM an information was received at Police Station Mandawali regarding the kidnapping of a child from the roof of House in Sewa Sadan Block Mandawali Delhi. The case was blind since the parents of the child didn’t have any clue or suspicion on anybody. In his statement complainant Mr. Pintu Kumar, father of the kidnapped child, stated that he alongwith his wife Kajal and son Amar age about 6 months went to the roof of the building to sleep at about 1.30 AM on 14/07/14. Other occupants of same building were also sleeping there. At about 4.00 AM, he awoke up and found that his son Amar was missing. He reported the matter to police. A case was registered immediately and investigation was taken up. Six teams were sent for search in the nearby area immediately.

During spot investigation, it was found that the building, in which the victim was living, had 45 rooms and in each room, about 5/6 persons were living. The main door was the only source of entry and exit. Urmila (Mother of main accused Rahul ) was responsible to lock the main entry gate of the building at 1.00 AM daily after ensuring the entry of the residents of the building. She used to keep the key in her possession. A few persons of the building including the sons of the Urmila were aware about the place of keeping the keys. After the incident, lock of the main entry/exit gate was found unlocked and it was evident from the inspection that the lock was not opened forcefully rather it was unlocked by using either the original or duplicate key. This grew suspicion over the persons who were aware of place of keeping the keys. It was observed that there was least possibility of kidnapping the kid by an outsider in the presence of approximately 60 persons, who were sleeping on the roof.

In view of abovementioned facts it became very much perceptible that it was the act of any insider, so most of the focus was shifted to the residents of the building and to the residents of the adjacent buildings. A lot of residents/occupants were examined at length. Out of them, some were shortlisted for further intensive interrogation. In this process main accused Rahul  initially tried to mislead the police but on sustained interrogation he broke down and confessed his offence. He revealed that he hatched a conspiracy with his friend Bunti Kumar Rajat  to kidnap the child and to sell him as he was under debt. As per their conspiracy co-accused Bunti introduced him to the accused Preeti & her mother Rajni  as buyer who were looking for a male child since Rajni had no male child. She wanted a male heir for her family. Preeti was residing with her mother due to a matrimonial dispute.

As per plan, accused Rahul secretly picked up the key of the lock of main entry gate from the room of his mother and opened the lock. Thereafter, he went to the roof. He lifted the child silently and came downstairs. He along with Bunti went to the Rajni & her daughter Preeti at  Mandawali near Mohammadi Maszid. Bunti handed over the child to the mother-daughter duo for an amount of 60000/- rupees out of which 20000/- rupees were paid by them to Bunti and remaining amount was promised to be paid the next day.

At the instance of accused Rahul a very calculated & planned raid was conducted at the house of mother-daughter duo Rajni-Preeti at Azad Gali, Mandawali Delhi from where the kidnapped child was recovered safely. Accused Rahul, Rajni and Preeti were arrested and search is going on to arrest co-accsed Bunti.