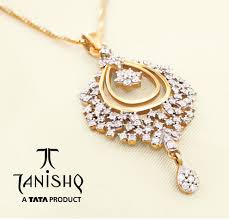 Bangalore: Titan, the Tata Group company that owns the Tanishq and GoldPlus jewellery brands, is stopping its current jewellery installment schemes Golden Harvest and Swarna Nidhi ,returning the money deposited with it. The company has over Rs 1,000 crore of deposits under the schemes from over 5 lakh customers. More than 20% of Titan’s jewellery division’s revenue comes from these schemes.

Tanishq’s scheme involved customers paying equal instalments for 11 months, and Tanishq putting an equivalent sum in the 12th month; customers then had to use the total sum accumulated to buy Tanishq jewellery. For customers, such schemes significantly eased the process of buying expensive jewellery, besides offering good rates of return. Titan said it would rework the schemes and introduce new ones after it receives the necessary permissions.

CK Venkataraman, CEO, Titan’s jewellery division, said the company met with the ministry of corporate affairs which said that fresh rules introduced under the new Companies Act, which became effective April 1, had brought the jewellery schemes under stricter regulations to safeguard public interest.