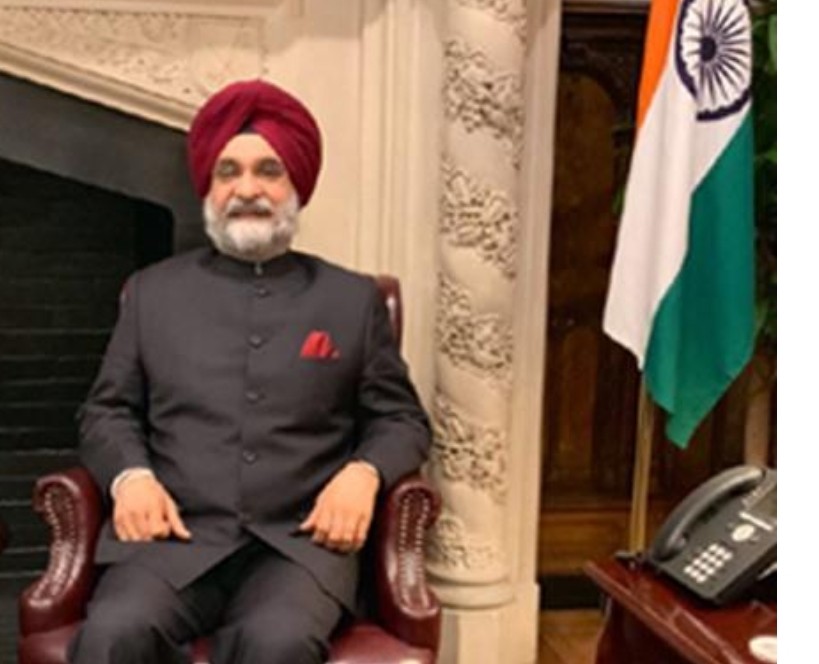 Sandhu received a warm welcome from
Deputy Chief of Mission Amit Kumar
and other officials. Sandhu has
replaced Harsh Vardhan Shringla, the
newly-appointed Foreign Secretary.
“Ambassador of #India to the United
States @SandhuTaranjits arrived this
morning and assumed charge
@Indian Embassy US. He was given a
warm welcome by DCM and other
officials,” Indian Embassy in
Washington DC tweeted.

Sandhu had served in the Indian
Mission here twice earlier. He was
Deputy Chief of Mission at the Embassy
of India in Washington DC from July
2013 to January 2017.