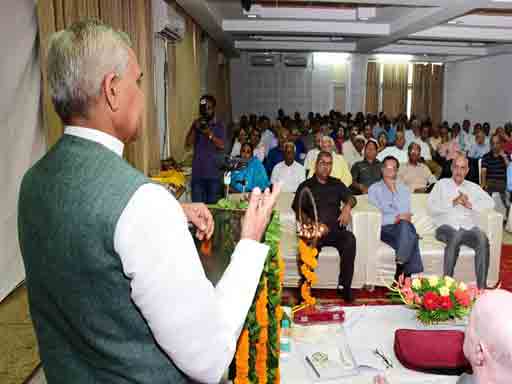 He said that litterateurs were real essence of life as they shape a good society. “Whatever is happening in the society, should be mentioned in the literature, but other social challenges should also find place in the literature”, he urged.

He said that the eternal principles should be followed in literature so that future generations could contribute to society. Literature was an imitation of life and through literature we could preserve the important happenings of the society for generations. He said literature also help to fight with various social challenges.

The Governor said that a special attention should be shown in literary work against drug use so that the younger generation could be made aware about its ill effects. He added that various issues of social concern such as environment, water conservation, social harmony, value based education, and girl education etc. should be given special attention through the literature.