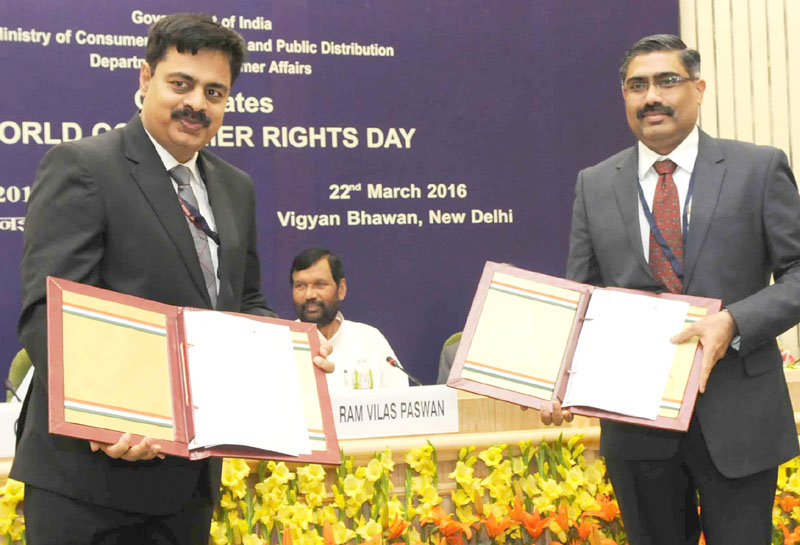 The Union Minister for Consumer Affairs, Food and Public Distribution, Shri Ram Vilas Paswan witnessing the signing ceremony of MoUs between Department of Consumer Affairs and the industry bodies to promote the consumer welfare, at the release of the self regulatory code for Industry and a joint campaign for consumer protection in the presence of industry bodies, in New Delhi on March 22, 2016.