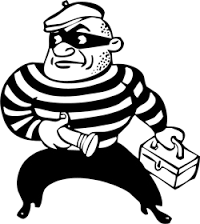 A battery e-rickshaw was stolen early morning around 6 am today at Rishi Nagar,Rani Bagh .The e-rickshaw was of a poor person who recently bought it by going through various hardships to feed his family.The rickshaw was locked with the gate with the chain but still the thieves managed to steal it and and that too in the wee hours when public movement is there.

The incidences of car theft and other thefts are on rise in Rishi Nagar these days as thieves no longer feel the fear of Police here.Even the patrolling is rarely seen in this area as our editor also stays here and has expressed concern on this to the SHO after hearing about this incidence.

Hope the higher police officials take concern if they are going through this news and help this person to get back his bread earning e-rickshaw by nabbing the culprits at the earliest so that a family is saved from the pangs of hunger.