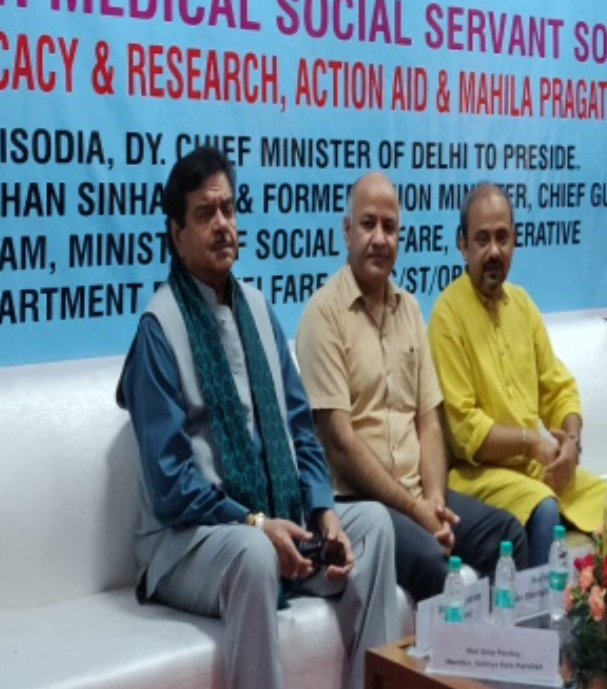 Sh. Shatrughan Sinha, Member of Parliament of Former Union Minister, Govt. of India appreciated Shahdara District initiative & exhaulted other districts in the country to replicate in every district in India. He highlighted the positive work of Delhi government in the field of Health & Education. He said that Sh. Manish Sisodia is India’s most distinguished Education Minister and other States must learn from Mr. Sisodia, as how to reform educations.
Sh. Manish Sisodia, Dy. Chief Minister, Govt. of NCT of Delhi stated that “We are here to provide the solution to Manual Scavengers with great enthusiasm. It’s a pilot project started in Shahdara District, and in near future, will be implemented by every District and lauded the role of DM, Shahdara. ”
Sh. R.P. Gautam, Hon’ble Minister Social Welfare, Govt. of NCT of Delhi stated that there were no State Monitoring Committee earlier, now vigilance committee in the districts has been constituted in every District. There were 12 deaths in sewers. There is a need to clean sewers by Machines only.
Sh. Dilip Pandey, Member of Sahitya Kala Parisad & Social Activist, Delhi focused on the areas of improvements. He ensured that in near future, Delhi will not face problems related to Manual Scavengers and great contribution of work