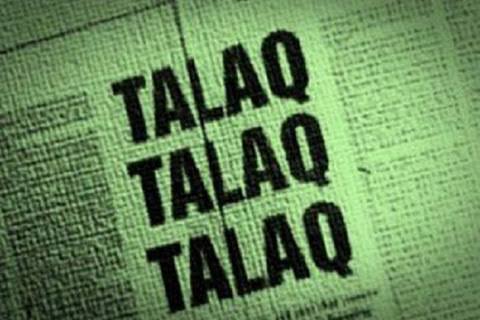 New Delhi, Dec 29  Keen on enacting the legislation, the government has got the bill on criminalising triple talaq listed in the Rajya Sabha for consideration on Monday, giving it the top priority notwithstanding the fact that it may find it difficult to get the bill through.

The Muslim Women (Protection of Rights on Marriage) Bill, 2018 has been listed as the number one item under the head legislative business in the Upper House where the opposition has greater numbers, given the fact that BJP’s friendly party, AIADMK, has also opposed the legislation.

The bill and the statutory legislation opposing the ordinance, which it seeks to replace, have been listed together to be taken up on Monday after the weekend recess.

Exactly, a year ago the bill was passed in the Lok Sabha but its passage was scuttled in the Upper House by the Opposition.

In the Lok Sabha, when the bill was passed on Thursday, Congress and other opposition parties and AIADMK walked out of the House when it was about to vote the Bill after government rejected the demand for referring to a joint select committee.

The AIADMK, which is a potential election ally of the BJP, has also signed the demand for reference of the Bill for the committee’s consideration in the Rajya Sabha. The AIADMK apparently believes that supporting the Bill would not go well with its supporters in the Muslim community, which the late Jayalalithaa had assiduously built.