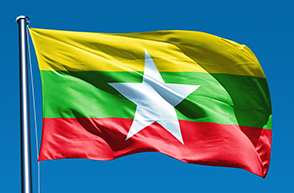 Nay Pyi Taw, March 15  Myanmar’s parliament on Tuesday elected U Htin Kyaw of the ruling National League for Democracy (NLD) party as the new president, the first civilian to lead the country after over 50 years of military rule.

U Htin Kyaw, a 69-year-old academic and long-time aide of NLD leader Aung San Suu Kyi, was elected with 360 votes while U Myint Swe from the Union Solidarity and Development Party (USDP), who was directly assigned by the military, was elected first vice president with 213 votes, the Myanmar Times reported.

The appointed military bloc in parliament holds 166 seats, 25 percent of the total, while the military-backed USDP has 41 seats in the two houses.

Suu Kyi, who led her party to victory over the military-backed USDP in last November’s general elections, is barred by the constitution from becoming president because her sons are foreign nationals.

She has said she intends to lead the government “above the president”.