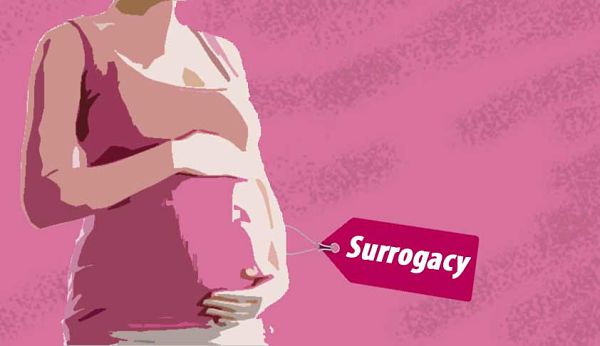 Unbridled Surrogacy: A Pathway to Next Generation Crime

Surrogacy may potentially result into genetic
bewilderment because of diffused parentage if
the gamete donors are not known. In the absence
of known parental pedigree, forensic tools like
DNA may not be able to establish an individual’s
identity, causing difficulty in the execution of
national and international laws. This forensic
void may attract transnational criminal
syndicates to exploit surrogacy and produce
tradable ‘designer criminals’ to commit a battery
of crimes like terrorism, various kinds of
trafficking, smuggling and organ trade without
leaving any forensic footprints for their personal
identification. Indeed unbridled surrogacy may
become a fertile ground to produce stateless
‘criminal robots’ without known genetic antecedents
posing a great threat to global safety and
security.

THE impact of medical assisted reproduction on
socio-cultural values and social norms is well
known. (Lindheim et al., 2014) Assisted
reproductive Technology (ARTs) may result in
diffused parentage, posing a threat to the forensic
identification of an individual. (Blauwhoff, 2008;
Gajendra K. Goswami, 2015; Gajendra K.
Goswami, 2016; Ravitsky, 2017) Likewise,
unbridled surrogacy may potentially become a
tool to orchestrate the next generation crimes.
The rising trend of global terrorism and other
transnational organised crimes necessitates
thorough discussion on the potential misuse of
surrogate children.

There can hardly be two views that various interventions under reproductive
technology has given hope to infertile
34 December 8-14, 2017  MAINSTREAM
people to have their own children but unregulated
surrogacy is likely to be misused to create
‘designer fedayeen’ causing havoc and destruction
without leaving behind any forensic clues to
ascertain their antecedents. Even DNA may fail
to establish the genetic identity of a ‘planned
surrogate baby’, if sperm, ovum and womb are
used from discrete sources.

Instead of recruiting a criminal, surrogacy
may alternatively be used for creating a baby,
which can be trained for operating terror
modules, committing contract killing or carrying
out several types of trafficking and smuggling
including drugs, weapons, wildlife and so on.
Surrogate children may further be exploited for
organ trading, sex rackets, forced labour,
pornography, begging, spying or even to become
surrogate mothers. Child laundering may yet
be another method of exploiting children.
(Smolin, 2007) Thus ‘designer surrogate robots’
may be the future criminals posing a challenge
to the forensic scientists to establish their genetic
antecedents. Interestingly, available literature
reflects only on the ethical conside-rations of
surrogacy, highlighting exploitation of surrogate
mothers but any deliberation on designer
surrogacy for creating criminals does not find
any mention in academic discussions.
Since ages, human identification for various
purposes, including criminal proceedings, was
considered important by the society. International
law also demands proof of nationality
to prosecute a fugitive. In such a scenario, DNA
profiling emerged as a panacea to establish the
individual identity by matching it with parental
or sibling profiles. In the absence of known
parental pedigree, the DNA test may fail to
disclose an individual’s identity. Similarly
detection of the gestational surrogate mother
continues to be a challenge for forensic experts.1
In the absence of genetic contribution for
conceiving a child, merely a womb-donated
mother may not be detected by DNA, says Dr
Lalji Singh, the globally renownced Indian
expert on DNA Profiling. Criminal syndicates
may exploit such forensic void in identifying a
predesigned perpetrator to deceive the enforcement
agencies.

THE corpse of Osama bin Laden was identified
by establishing DNA linkages to his family
members. (Ackerman, 2011; Check, 2011; Obama
and McRaven) Had he been a surrogate child,
born out of anonymous gametes and womb,
establishing his genetic identity then would
have been a forensic challenge. In all probability,
genetic impersonation and manipulations in the
world of crime will become a challenge for the
next generation of both, forensic scientists and
law enforcement agencies. (Hamilton, 2009)
Further trading of these children may bring
back a new variant of modern age slavery. A
genetically conceived criminal may look like a
work of fiction but needs attention of the lawmakers,
jurists and medical practitioners to
design a foolproof system to prevent its
occurrence so that the wonder science of medical
assisted reproduction may not become a fertile
ground to produce predesigned criminals. In the
absence of a robust scientific and legal framework,
the transnational terrorism and other
crimes may widely be sponsored by crossborder
remote control without any footprints
of their involvement.

Diverse surrogacy-legal regimes in various
countries promote transnational reproductive
tourism. (Inhorn and Patrizio, 2012) In general,
the developed nations have strict laws for
assisted reproduction but many developing
jurisdictions have either scanty or no law in
place. India, the global capital of surrogacy, is
facing challenges in making surrogacy laws.
Medical facilities and surrogate mothers’
availability at low cost in developing countries
impose negligible legal responsibility on
commissioning parents, which further facilitates
cross-border baby-making. The record-keeping
at fertility clinics is poor without having a
national level registry of surrogate children.
Thus surrogate children are being produced like
chattel violating the cardinal principle of the
inviolability of the human body susceptible to
exploitation and abuse.

Surrogacy is a booming global industry worth
nearly $ 6 billion annually. (Morris, 1993) A series
of middlemen involved in the process further
enhances the susceptibility quotient for the misuse
of reproductive technology. Newspapers are
flooded with reports of the susceptibility of
surrogate children ranging from abandonment to
their misuse. (Express, 2012) Multiple births in
surrogacy are common but no record of unwanted
‘extra-children’ is available whereas these
‘abandoned children’ may become an easy target of the criminal racketeers.

Every child has the inherent right to know her/
his genetic ancestry which is essential for her/his
personal development and for medical reasons.
(Besson, 2007) The right to know one’s genetic
origin must be available to every child including
the right to know the identity of the surrogate
mother. Indeed the ARTs and surrogacy need legal
regulations both at the national and global level.
A global Protocol on Surrogacy Laws is the need
of the hour with special emphasis on maintaining
records of surrogate children so that they may be
tracked forensically, if need be. The challenges
before forensic experts to unravel the mystery of
diffused parentage and gestational surrogate
womb need global attention for further intensive
research in this field.

IN the era of rising transnational crimes,
identification of criminals, dead or alive, continues
to pose a challenge for law-enforcers. Sponsored
trans-border crimes have a history of affecting
diplomatic relationship between nations in the
past.
Stateless criminals created through surrogacy
may challenge the regional and global efforts for
combating cross-border organised crimes.
Transnational criminals are in the habit of
exploiting and improvising advanced technologies
and ARTs may not be an exception.
Unregulated assisted reproductive procedures
may become a boon to the underworld, if not
checked in time. Global attention and efforts are
required to regulate assisted reproduction to
check possible abuse of surrogate children. 
[Sincere thanks to Dr Ashish K. Dwivedi, Indian
Institute of Technology, Kanpur for his valuable
discussion and comments on earlier drafts
of this article. —G.K.G. and S.G.]

Disclaimer: The Views expressed by the author in this  article are entirely his own and not necessarily reflect the views of sarkarimirror.com