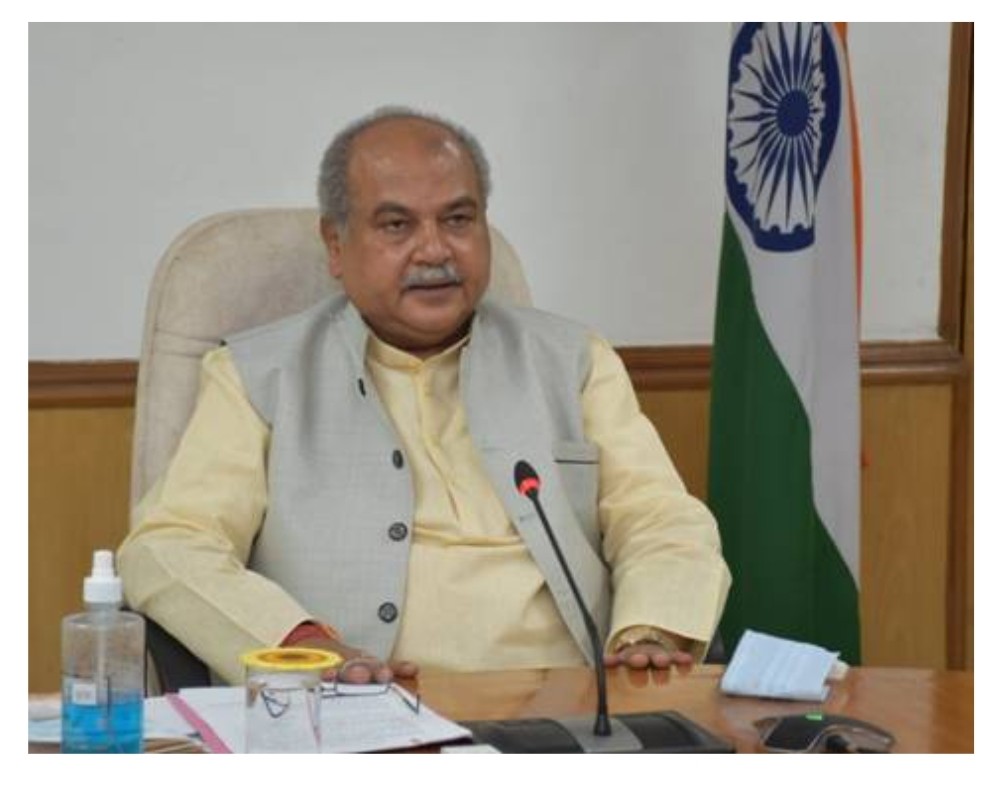 India can be number one in the world with the strength of farmers and scientists, says Shri Tomar

The Union Minister for Agriculture and Farmers Welfare, Shri Narendra Singh Tomar said that India has made great achievements in the field of food grains. “Our country is number one or two in the world in agriculture and allied products. Our farmers and scientists have so much power that if we compete in the world, we can be number one in almost all commodities. Today, so much production and increasing productivity is a matter of pride and happiness for all of us, but in the 75th year of independence, we are standing at such a stage, where we have to introspect as well as consider the challenges and their solutions”, Shri Tomar said this while launching the National Food and Nutrition Campaign for the farmers. It is organized by the Indian Council of Agricultural Research (ICAR).

Shri Tomar said that ICAR has been working successfully on which crops should be cultivated and which seeds should be invented for rainfed and other areas. Efforts are also being made to make agriculture and farmers connected with new technology. “We have expertise in production but it is also important to manage this abundance. It is the responsibility of the farmers along with the government to ensure that our products should be of better quality, meet global standards, farmers should be attracted towards costly crops, educated youth should be attracted towards agriculture while being environment-friendly. Along with Krishi Vigyan Kendras (KVKs), Agricultural Universities and State Governments, it is the effort of the Government of India that farmers should learn new things, new seeds and techniques should reach them, but there is a limit to this, so it will be the win-win situation if farmers join the government’s agricultural extension programs. Farmers associated with KVK should motivate other farmers for improved farming and ensure participation of all farmers in various schemes including FPO, Agri Infra Fund, increasing the area of ​​organic farming under traditional farming. We all should try to make the whole village prosperous. With this, the development block, district, state and ultimately the country will prosper and India will be able to become self-reliant.” said the Agriculture Minister.

The Union Minister said that Prime Minister Shri Narendra Modi has been working continuously since the year 2014 based on a comprehensive approach. Before Modi Government, the budget of agriculture of the Government of India was about 21 thousand crore rupees, which has now been increased to more than Rs 1.23 lakh crore. For the development of Gram Panchayats, the amount of the Finance Commission’s grant has been increased almost five times by the PM. “Agriculture is our priority, agriculture has proved its relevance time and again even in adverse conditions. Despite the COVID crisis, neither any agricultural institution was closed, nor production was affected, but even in difficult conditions, there was more sowing and bumper production achieved in the country.” He added.

Shri Tomar said that it has been decided by the Prime Minister to celebrate the Azadi ka Amrit Mahotsav for 75 weeks. “We did not get the freedom of our country easily, our ancestors sacrificed their lives for this freedom. Along with celebrating the Azadi Ka Amrit Mahotsav, the Prime Minister wants to further strengthen the spirit of the country in the younger generation. At the same time, he has stressed the need to take advantage of this festival for the progress of the country in every region and sector.” the Minister added.

Union Minister of State for Agriculture and Farmers Welfare, Shri Kailash Choudhary said that the Government has resolved to solve the problem of malnutrition under the leadership of the Prime Minister and has also launched several schemes and programs in this direction. Shri Choudhary said that the year 2023 will be celebrated as the International Year of Millets under the leadership of India, which is a matter of pride for India. Dr. Trilochan Mohapatra, Director General, ICAR informed that during the festival the achievements of the agriculture sector will be shared among maximum farmers as well as they will be benefitted.

ICAR Secretary Shri Sanjay Garg, all Deputy Director General-Assistant Director-General and other officers-scientists, Vice Chancellors of Agricultural Universities, officers of other agricultural institutions and thousands of farmers present in all KVKs across the country were virtually connected to the program. On this occasion, Union Minister Shri Tomar released a booklet based on the compilation of programs and activities of the festival.