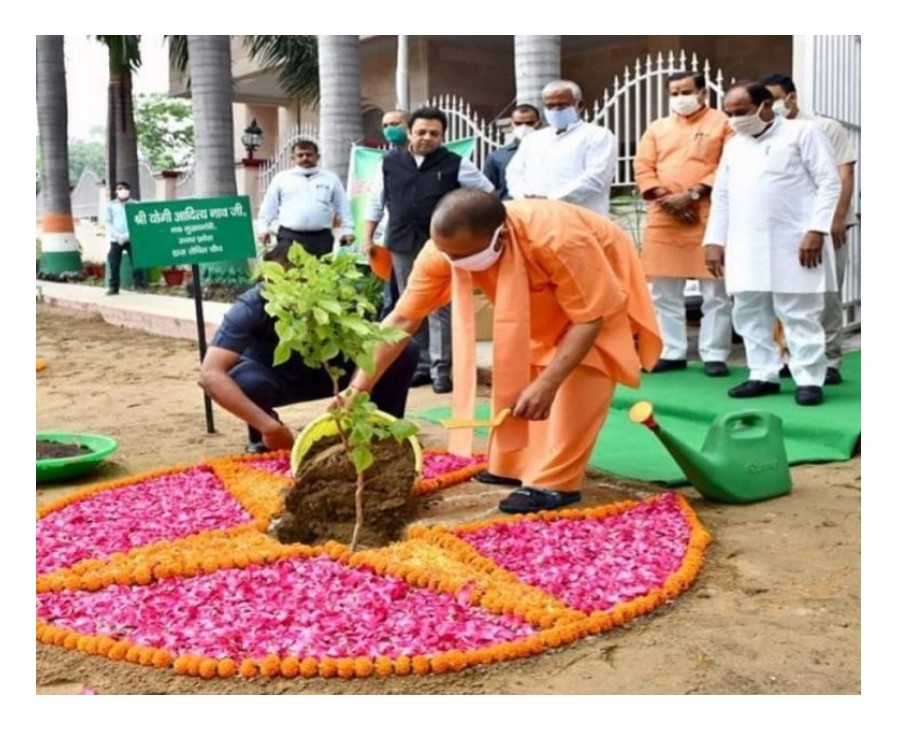 A campaign “Mission Vriksharopan-2020” has been launched by the Uttar Pradesh government. Under this campaign, more than 25 crore saplings were planted on 5th July in Uttar Pradesh. The tree plantation drive was launched on the occasion of Guru Poornima and hence several people were seen planting saplings to pay respect to their mentors.