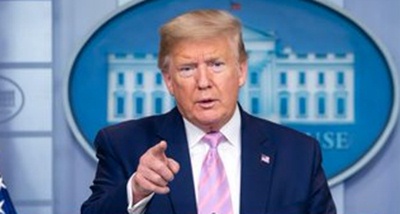 President Trump said, his administration is going to look into the US funding to the WHO. Meanwhile, Senator Jim Risch, Chairman of Senate Foreign relations Committee, called for an independent investigation into the WHO handling of the COVID-19 response. Mr Risch alleged that the WHO has failed not only the American people, it has failed the world with its flagrant mishandling of the response to COVID-19.

He said that WHO Director General Dr Tedros Adhanom Ghebreyesus’ apparent unwillingness to hold the Chinese Communist Party to even the minimum standard of global health and transparency hindered the world’s ability to blunt the spread of this pandemic. He alleged that the organization has become a political puppet of the Chinese Government.

A bipartisan group of nearly two dozen lawmakers has announced to introduce a resolution to defund the WHO until its Director General Tedros Ghebreyesus resigns and international an commission investigates the organization’s role in covering up the Chinese Communist Party’s failed COVID-19 response. The United States’ intelligence community has reported that the Chinese Government hid the threat of COVID-19 and, as a result, made it difficult for the rest of the world to respond early, appropriately aggressively.