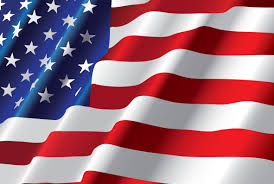 Tokyo, April 11  US Secretary of State John Kerry became the first top US diplomat to visit the Hiroshima Peace Memorial Park and museum on Monday.

Kerry offered flowers at the cenotaph inside the park in a move that could pave the way for a possible visit by US President Barack Obama during G7 summit next month, The Japan Times reported.

In a visit that will be closely analysed by Tokyo, Kerry visited the site of the US atomic bombing with other G7 foreign ministers.

Ahead of trip, Kerry told Japanese Foreign Minister Fumio Kishida that he had been looking forward to the visit.

US Ambassador to Japan Caroline Kennedy also said that Washington understands Hiroshima is a special place for Kishida, a third-generation lower house lawmaker who represents the city.

It remained unclear what G7 foreign ministers spoke about in the museum as only official photographers were allowed there, a sign that could mean Tokyo is wary of public reaction among the nuclear powers, especially in the US.

Kerry would not apologise for the bombing, a US official travelling with Kerry, said.

A majority of Americans still believe the use of atomic bombs on the cities of Hiroshima and Nagasaki 71 years ago was justified, according to a Pew Research Centre survey last year.

A visit to the atomic bomb sites is crucial for Kishida, as Tokyo works to build momentum for a potential visit by Obama during the G7 summit scheduled for May 26 and 27 in Japan.

Kishida has repeatedly voiced his hopes that world leaders visit Hiroshima to experience the reality of the atomic bombings.

The Washington Post has reported that Obama, winner of the 2009 Nobel Peace Prize for his vision of a nuclear weapons-free world, was considering a Hiroshima visit in May, citing aides to the US president.

A US diplomatic cable released by the anti-secrecy group WikiLeaks revealed that Tokyo had rejected the idea of an Obama visit to Hiroshima in September 2009.

Meanwhile, G7 foreign ministers are expected to adopt a communique and three other statements to conclude the two-day meeting on Monday.

“I’m hoping that we can create momentum for a world free of nuclear weapons by agreeing on issues of nuclear disarmament among the nuclear powers and the non-nuclear powers among the G-7 nations, and send a message to the world,” Kishida said at the end of first day of meetings on Sunday.

Kishida said there was a heated debate over the North Korean nuclear issue at the final session on Sunday.

The foreign ministers are expected to send a strong message against escalating provocations by North Korea, which conducted its fourth nuclear test in January, followed by the launch of a long-range satellite, which many saw as a cover for a long-range missile.