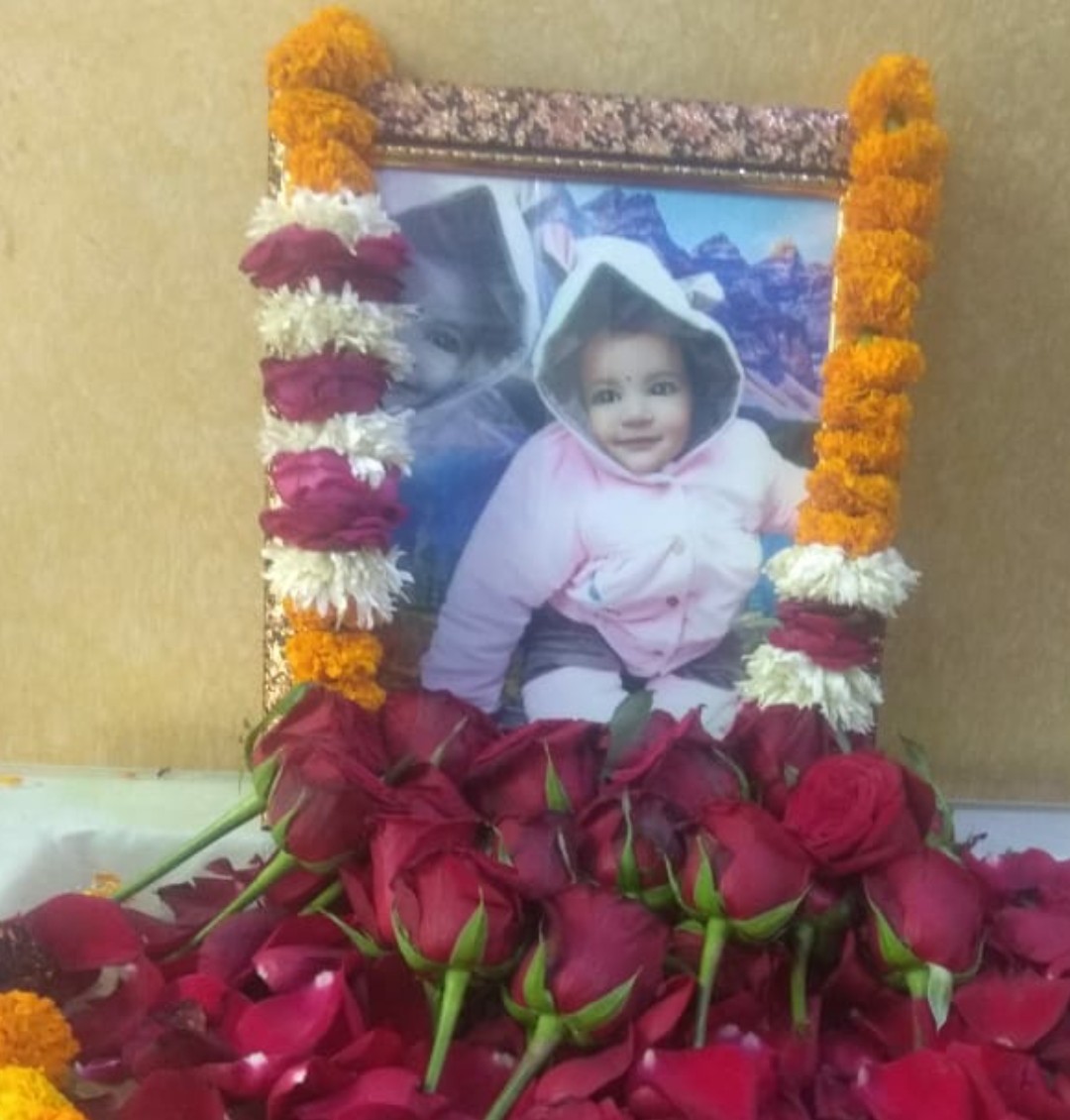 20 months old girl Dhanishtha from Rohini, Delhi set a noble example even after death and became youngest cadaver donor whose multiple organs were donated that gave new lease of life to five patients. Her heart, liver, both kidneys and both corneas were retrieved at Sir Ganga Ram Hospital and used in 5 patients.

Dhanishtha fell from the first floor balcony of her home while playing in the evening of 08th January and became unconscious. She was rushed to Sir Ganga Ram Hospital where despite best of efforts she could not be saved. The child was declared brain dead on 11th January. All other organs were working in excellent condition.

Inspite of the irreparable loss, parents of Dhanishtha, Mr. Ashish Kumar and Mrs. Babita had the magnanimity to donate their child’s organs.

According to Mr. Ashish Kumar, “During our stay at the hospital we met many patients who were in dire need of organs. Though we lost our loved one still our daughter continues to “live” and in the process either giving life or will be improving quality of life of needy patients.”

According to Dr. D.S. Rana, Chairman (BOM), Sir Ganga Ram Hospital, “This noble act of the family is really praiseworthy and should motivate others. At 0.26 per million, India has among the lowest rate of organ donation. On an average 5 lakh Indians die every year due to lack of organs.”