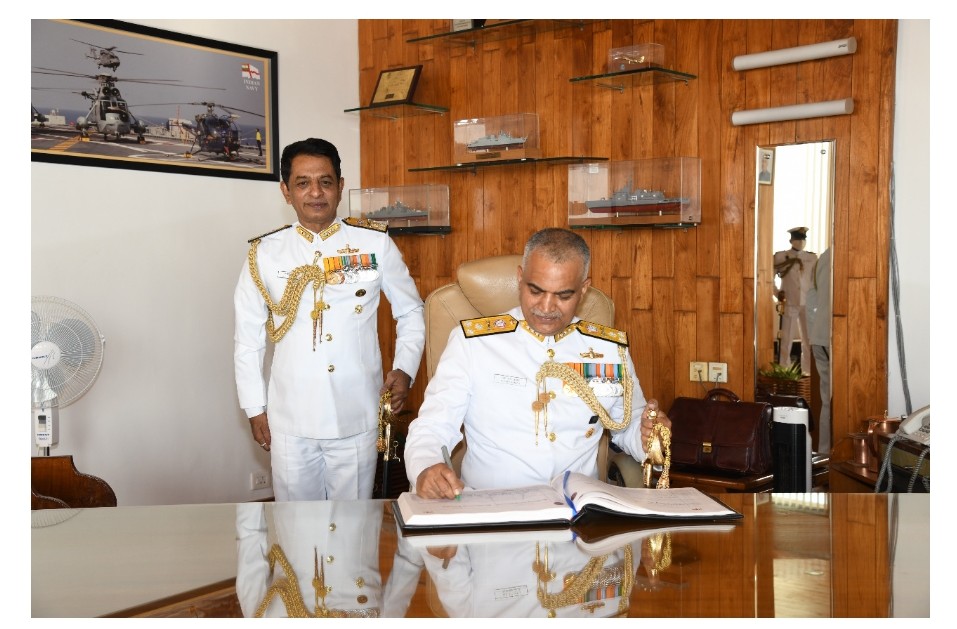 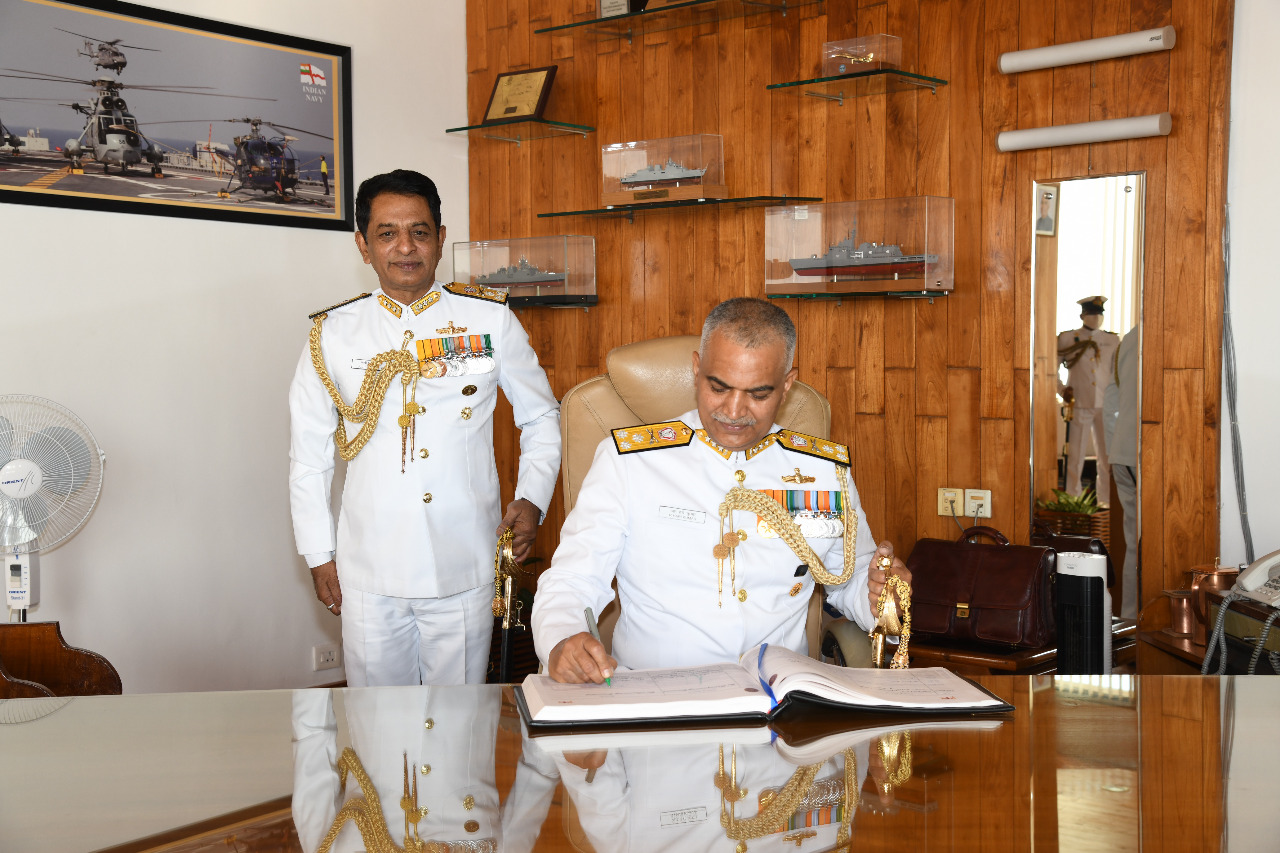 At a ceremony held at the Command Post of Headquarters, Western Naval Command, the outgoing and incoming Commanders-in-Chief were accorded a Guard of Honour after which the formal handing-taking over took place with the handing over of the baton to the new Commander-in-Chief. On assuming command Vice Admiral R Hari Kumar laid a wreath at the Gaurav Stambh monument.

Vice Admiral R Hari Kumar, an alumnus of the National Defence Academy was commissioned into the Indian Navy on 01 Jan 1983. He specialised in Gunnery and has commanded five ships including a Destroyer and the aircraft carrier INS Viraat. He has held important staff appointments both ashore and afloat and has also been Naval Advisor to Government of Seychelles. On promotion to flag rank he has held the appointments of Commandant of Naval War College at Goa, Flag Officer Sea Training, Flag Officer Commanding Western Fleet, Chief of Staff at Western Naval Command, Controller Personnel Services and Chief of Personnel at NHQ. Vice Admiral R Hari Kumar was CISC/ VCDS (Vice Chief of Defence Staff) at HQIDS prior to taking over as FOC-in-C Western Naval Command. The Flag Officer is a recipient of the Vishist Seva Medal, Ati Vishisht Seva Medal and Param Vishisht Seva Medal for distinguished service.


The outgoing FOC-in-C, Vice Admiral Ajit Kumar, PVSM, AVSM, VSM, ADC superannuated from service on 28 Feb 21. The Admiral served at the helm of this premier naval Command since 31 Jan 19. During his tenure, the WNC saw extensive operational deployments in response to developing security situation post the Pulwama attack and the Galwan crisis across the Indian Ocean Region. During this period WNC was also at the forefront of anti-piracy missions in the Gulf of Aden as also Op Samudra Setu for evacuation of Indian nationals from various countries during COVID-19 and Missions Sagar I & II to reach out to countries in the IOR littoral with assistance in the fight against COVID