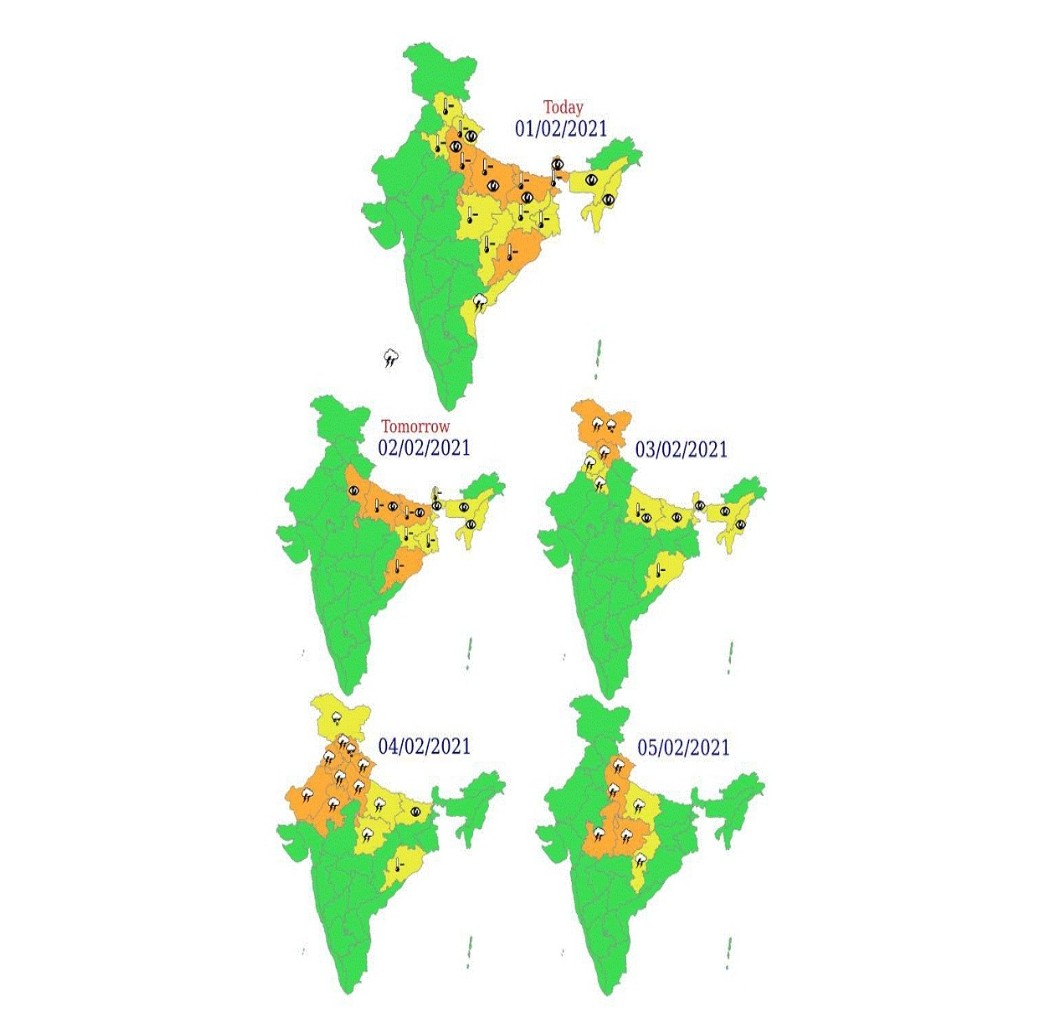 Wet spell over Northwest & adjoining Central India, during 03rd-05th February, 2021 and Bihar and Jharkhand 5-6 Feb, with peak activity on 3 and 4 February over Western Himalayan Hills on 4 and 5 February in the plains

According to the National Weather Forecasting Centre of the India Meteorological Department (IMD):

o These systems are likely to affect weather over northwest Himalayan region from night of 2nd Feb 2021.

o Under the influence of above systems, Scattered to fairly widespread light to moderate rain/snow with isolated thunderstorm, lightning & hail very likely over Western Himalayan region during 2nd night to 05th February. Isolated heavy rainfall/snowfall is likely over Jammu & Kashmir on 3rd & 4th and over Himachal Pradesh on 4th Feb.

o Isolated to fairly widespread light to moderate rain/thundershowers with isolated lightning & hailstorm likely over plains of Northwest India during 03rd-05th February, over Madhya Pradesh during 04th-05th February and over East Uttar Pradesh, Bihar and Jharkhand during 05th-06th February, 2021.

o Gradual rise in Minimum temperatures very likely over most parts of Northwest and adjoining Central India during next 3-4 days and the current spell of Cold Wave conditions prevailing over parts of north west India is likely to abate during next 24 hours from 2 Feb 2021. As the WD likely to move further towards northern parts of Uttar Pradesh-northern parts Bihar, by 4th Feb, current spell of cold wave, cold day, Dense to Very Dense Fog observed presently at morning at isolated to some pockets over eastern parts of Uttar Pradesh and Bihar also like to be abated/lifted from 3-4 Feb 2021. 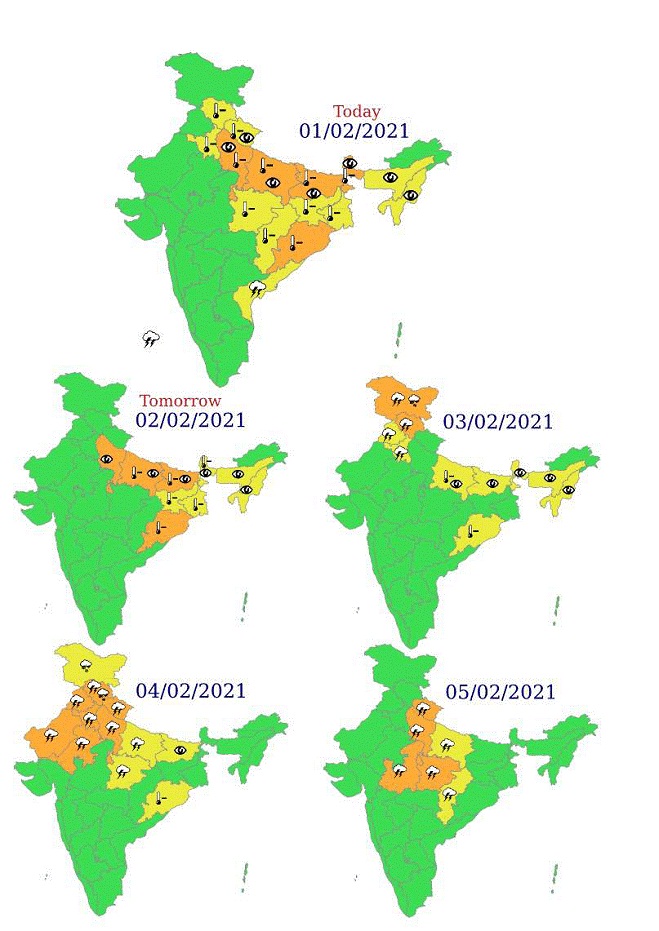