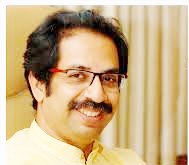 Maharashtra Polls are something which has taken away the sleep of all the major parties ,be it BJP,SHIV SENA ,NCP etc.But what i perceive is according to my experience in this arena SHIV SENA is a strong contender to form majority and govern in Maharashtra.No doubt the exit polls states a majority sweep by BJP be it  Chanakya exit poll and others too which almost show BJP on a win mode,but  the current environment in Maharashtra has an air of SHIV SENA taking majority as the strata living in Maharashtra also matters and the majority of it support Shiv Sena from the very beginning,

Also what i see is  the seat sharing issue which erupted before the polls and BJP and Shiv Sena parting ways and fighting independent will also give an edge to Shiv Sena as BJP has put aside its long time aide which will definitely influence the poll results.

No doubt Modi wave is continuing in the country but still the impact of Achhe Din Aane walle hai still to be noticed .