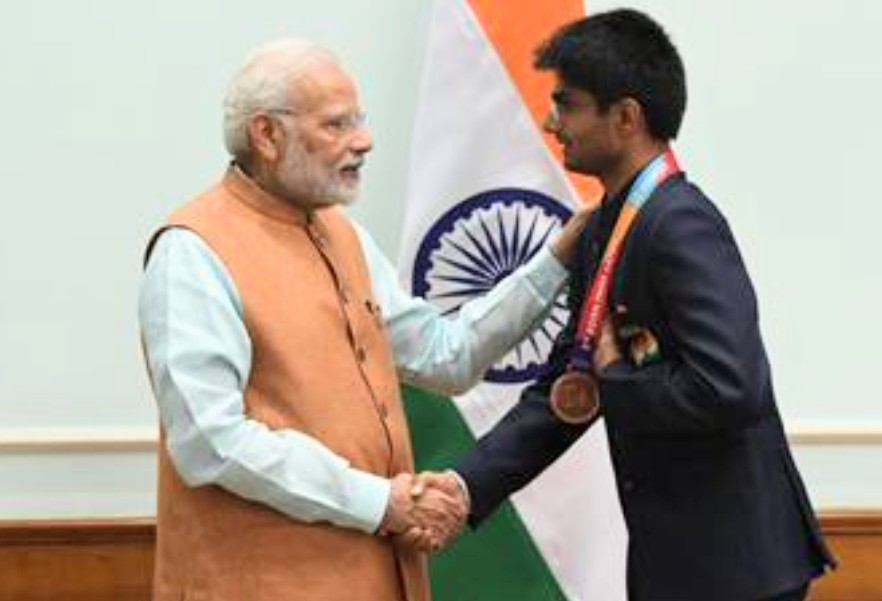 When India said “Thank You Suhas”

Suhas L Yathiraj has done what has never happened since India made its debut in the 1968 Summer Paralympics Games. And it was natural when the entire country said a big thank you to Suhas who created history by winning the silver medal in the men’s singles competition of badminton at the Tokyo Paralympics. What makes this achievement stand out is that this was the best ever performance by an administrative officer in the Paralympic Games.  Suhas, who is the district magistrate of Gautam Buddha Nagar, became the first IAS officer of the country to win the medal.

Suhas L. Yethiraj faced France’s Lucas Mazur in the men’s singles SL-4 category finals at the Tokyo Paralympics. Suhas made an electrifying start by winning the first round, but lost the next two rounds and missed out on the gold medal. But he made India proud when he was presented a silver medal on the podium.

Prime Minister Narendra Modi congratulated Suhas for his achievement and tweeted, “A wonderful amalgamation of service and sports! DM Gautam Budh Nagar Suhas Yethiraj has captured the imagination of our entire nation with his exceptional sports performance. Congratulations to him on winning a silver medal in badminton. Wishing him all the best for his future endeavours!”

Born in Shimoga, Karnataka, Divyang Suhas did not want to become an IAS officer initially. He had special interest in sports since his childhood and he got a lot of support and encouragement from his family, especially his father. While he won many medals for the country in several world-class competitions after becoming an IAS officer from Uttar Pradesh cadre in 2007, he also earned laurels for his contributions as District Magistrate first in Prayagraj and now in Gautam Buddha Nagar.

If you want to become part of the achievement of Suhas, you can bid for his badminton racket.The amount raised during the e-auction will be utilized for the Namami Gange Project. The base price of Suhas’s racket has been reserved at Rs. 50 lakhs.

Make District Magistrate Suhas’s badminton racket your own, log on to www.pmmementos.gov.in