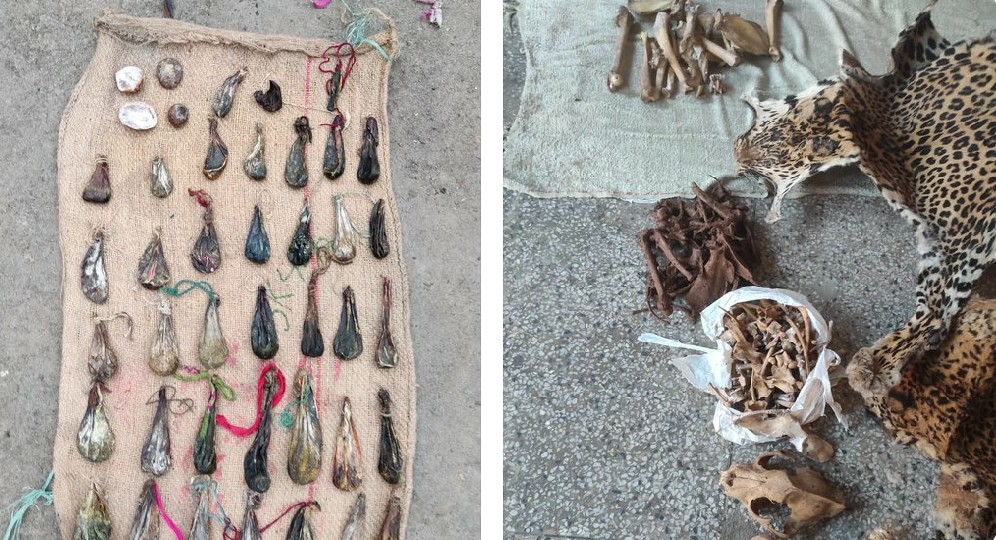 In an unprecedented intelligence operation of the Wildlife Crime Control Bureau (WCCB), New Delhi, two epicenters of illegal wildlife poaching and trade were identified in Anantnag area of Srinagar valley and Manwal in the Jammu region.

In a joint operation of WCCB officers, who flew in from Delhi, officers of Jammu and Kashmir Chief Wildlife Warden and Police, simultaneous raids were conducted in both these places on 29.01.2021.

Further investigation will reveal for how long they have been involved in this illegal trade, as also quantum, extent and associates of this illegal business. Efforts are being made to trace the forward and backward linkages of this illegal activity, demand and supply chains and onward traders’ linkages.

The present seizure is one of the largest seizures in the recent past. Musk deer and Himalayan Black bear are endangered species and poached for musk pods, bear bile, which is used in Traditional Chinese Medicines (TCM). These poached animals – leopard, bear and musk deer are listed in Schedule I of the Wildlife (Protection) Act, 1972. As per the provisions of the Act, poaching of these animals and trading their by parts is punishable with minimum 03 years of imprisonment extendable up to 07 years.

A case has been registered in police station Anantnag.