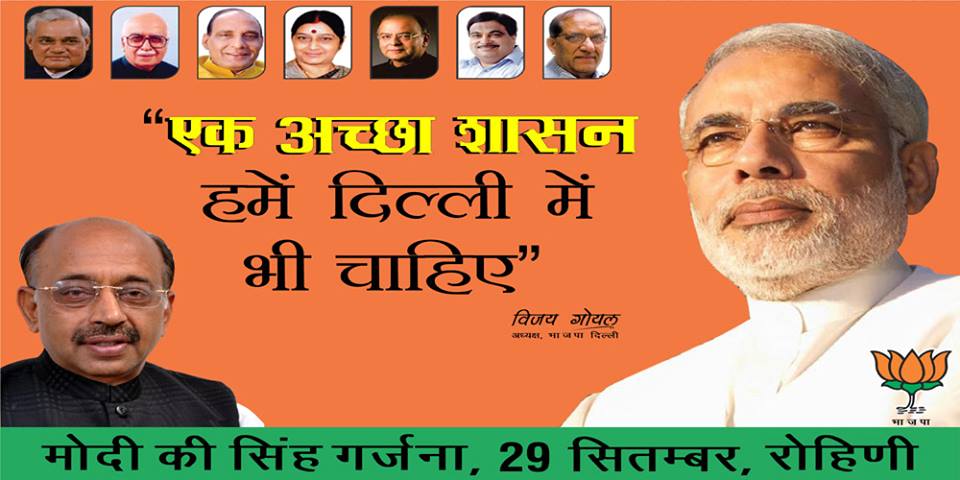 WILL MODI MANTRA HAVE A MESMERISING IMPACT AT THE MEGA RALLY IN DELHI AT JAPANESE PARK,ROHINI ON 29TH SEPT??

Will Modi mantra have a mesmerising impact at the mega rally in Delhi at Japanese Part on 29th Sept. is what time will be telling.But seeing today gathering at BJP Meet in Madhya Pradesh it is a big question whether such gathering will happen in Delhi.

But no doubt Modi is going viral among youth the pace at which modi news is being researched on net verifies the same.

AAP Kejriwal and Congress Sheila Dikshit are also headturners which can’t be ignored.

Seeing and evaluating the  development which has happened under CM Delhi Sheila Dikshit rule, putting aside  some important common man issues  i.e Onions,electricity tarriff etc still CM Delhi chances of coming back to power in Delhi are strong as compared to BJP  and AAP.

If you believe in me my analysis says that whoever wins elections this time it will be a win of mere votes ,so party who will be moving strategically considering even the minutest details in reaching the win post will succeed.